Guilty Gear Strive: How do you play Nagoriyuki? 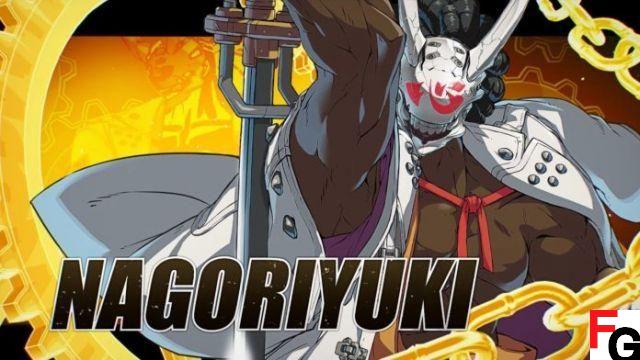 Nagoriyuki is the samurai vampire introduced to the franchise in Guilty Gear Strive. He's aesthetically one of the coolest characters in the game and is a lot of fun to play, but Nagoriyuki also lacks many of the universal mechanics that other characters share, like running and air dashes. He also has a blood rage to deal with. When the blood rage meter is full, it gives him bonus damage and range at the cost of rapid health depletion. While Nagoriyuki's blood rage attacks and powerful options are his greatest strength, they may also be the reason for his downfall. So how should beginners approach Nagoriyuki?

How to Play Nagoriyuki in Guilty Gear Strive

Nagoriyuki is a slow and reactive character. Most of what you're aiming for when playing him is to punish the opponent's advances towards him. He cannot dash in the traditional way but has a special attack, a quarter circle forward and backward, allowing him to move quickly back and forth at the cost of filling up his blood rage meter. Nagoriyuki can also cancel promotions into each other, which means it can be easy to abuse them and fill up the meter. Nagoriyuki's special attacks fill this meter, and when it reaches its maximum, it rages, which works like a flurry, knocking the opponent back. In this mode, he cannot use specials but has slightly better range. More blood rage makes it stronger. Players with a cautious playstyle will try to manage this resource wisely, while more aggressive types will try to quickly build up Blood Rage and abuse its benefits. The key to good Nagoriyuki playing lies somewhere in finding that balance. If entering the rage state doesn't knock the opponent back or leaves them at a big health disadvantage, it can cost them the match. Thus, going into rage is sometimes a decisive strategy. Likewise, abusing his fast special move can leave him in a sticky spot as some characters find it difficult to punish him. If he can get close, taking command depletes his blood rage and allows him to keep pushing. While dealing with his Blood Rage with Order Pick is an important tool, he's best in the mid-range. Ideally, he would like to keep the opponent within range of his neutral slash attack. Because its range is quite wide, it puts most characters at that distance at a disadvantage. Nagoriyuki, however, can still launch combos at this distance. Below is a bread and butter combo and some variations, its list of commands for promotions, and some other utilities.

Combos and commands for Nagoriyuki

The numbers indicate each direction on the stick below and are considered standard notation for fighting game combos. The stick is currently at 6 or forward. Combo guides assume you are on the left side. The directions are reversed on the right. The easiest way to remember this is that it's the same layout as a number pad on a keyboard.

These combos will help you get started with Nagoriyuki while learning to deal with his blood rage. The third combo can be stopped after the third attack to try to get a takeover instead. This is useful if the opponent is blocking or if you need to control your blood rage. Although Nagoriyuki is challenging for new players, keeping your game plan simple at first will help you learn how to play it. Once you've done that, there's a lot to learn outside of this guide and other things you might discover by testing them out. If you need a place to practice, check out our practice mode guide.

add a comment of Guilty Gear Strive: How do you play Nagoriyuki?