Halo Infinite: How To Get The Thomas Cunliffe Samurai Armor | November 15, 2022 Learn the ways of the samurai in Halo Infinite. 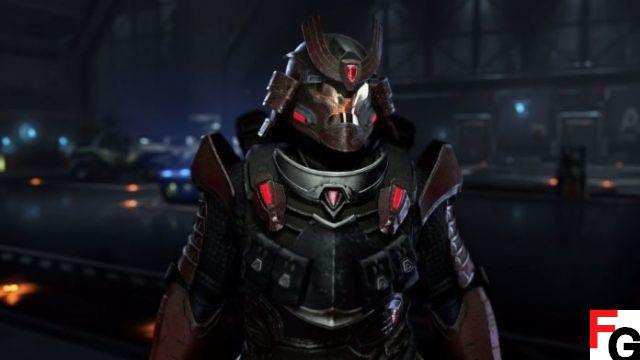 Halo Infinite has the most extensive customization of any Halo title to date, but one specific set of armor catches the eye of many players - Yoroi, the Samurai Armor Core. In this guide, we'll detail how to get your hands on Samurai Armor in Halo Infinite.

How to Get Samurai Armor in Halo Infinite

To obtain the Samurai Armor, officially known as "Yoroi", in Halo Infinite, you will need to participate in the upcoming Fractures: Tenrai event. This event runs from November 23, 2022 through November 30 and is free to all players on PC, Xbox One, and Xbox Series X/S.

Fracture: Tenrai will offer an "Event Pass", which is similar to the Battle Pass, rewarding players with exclusive items for completing matches and completing specific challenges. The full content of the Event Pass is currently unknown, but is described as "samurai-themed" and includes armor pieces, customization options and, of course, the legendary Yoroi armor core.

Season 1 will last until May 2022. Along the way #HaloInfinite will have multiple in-game events with their own rewards and activities!

The first is Fracture: Tenrai, with a limited-time Event Pass, playlist, and samurai-themed rewards starting next week. pic.twitter.com/3XtGQj5tgf

The event will run multiple times throughout Season 1, which ends in May 2022, so don't worry if you don't earn the Samurai Armor before the event ends for the first time. Progression will also carry over between events, so you don't have to rush to the Event Pass either.

Even though Halo Infinite Multiplayer is currently considered a beta, all progress, including unlocks, will carry over to the game's official launch on December 8, 2022. Armor is, of course, also permanently usable and can be worn outside the event.

What is an armor core?

Armor cores in Halo Infinite serve as the foundation for your player character. Certain aspects, such as helmets, visors, chests, shoulders, wrists, and other armor pieces, may be exclusive to a specific armor core. All Samurai cosmetics, such as the Hikeshi Helmet and Sabi Visor, are exclusive to the Yoroi Armor Core and cannot be worn with any other. Armor Core cosmetics are exclusively tied to how they are obtained, so don't worry about unlocking cosmetics for Armor Cores you don't have.


There are currently three armor cores in Halo Infinite: Mark VII, the default armor core; Marc V [B], which is obtained in the Heroes of Reach Battle Pass and includes cosmetics inspired by Halo: Reach; and Yoroi, who uses cosmetics from the Fractures: Tenrai event. More armor cores are planned for the future, and 343 says they're looking at a way for certain cosmetics to work across multiple cores, but that hasn't been seen yet.

Halo Infinite: How To Get The Most Guns In The Game | Scorpion Firearms Secret Guide ❯

add a comment of Halo Infinite: How To Get The Thomas Cunliffe Samurai Armor | November 15, 2022 Learn the ways of the samurai in Halo Infinite.