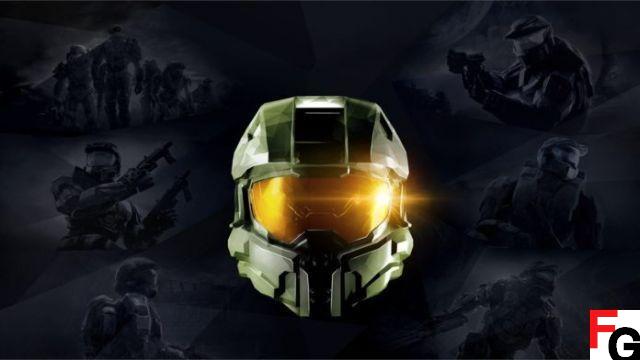 Update 1.2398.0.0 has arrived for Halo : la collection Master Chief, and here is the full list of changes and fixes added with this patch.

There is a ton to look forward to in this new update as the Season 7 customization content has been released. A new map for Halo 3 has also been released. 343 Industries has also improved the graphics for Halo: Combat Evolved and more.

New cosmetic content for Halo: Combat Evolved, Halo 3, and Halo 4 is here as part of Season 7. For the first time, this includes new armor for elites. The full breakdown:

The long-awaited custom game browser is live for Halo: Reach. Players can use the Browse menu to find other people's custom games or the Create menu to customize and host their own custom game session.

Thanks to the players who helped us test the custom game browser during the scale test. Since then, we've improved the experience in several ways:

Originally designed for Halo Online, the second new map for Halo 3, "Edge", has been added and can appear in Social Matchmaking. Edge is a symmetrical map that supports all major game variations in Halo 3 with 4-12 players.

Fight with Sentinel Beams and silenced SMGs through an unobstructed cliffside view and an isolated ancient database in this new map on the remote frontier world of Partition.

Players can now play on the two new Halo 3 maps, "Waterfall" and "Edge", when queued in Social Matchmaking. Thanks for the player feedback that helped us make fixes and improve visual polish on both maps before moving them to matchmaking.

To help give the Firefight community a boost, Firefight matchmaking is now part of the social matchmaking stream (you can read the blog post here). We hope this helps you in several ways:

Numerous graphical updates, from fog and shader effects to original character models and active camouflage quality, bring Halo: Combat Evolved even closer to the classic experience. Some updates include:

We've updated the Hardcore settings for Halo: Combat Evolved based on feedback from competitive players to improve this playlist and bring it in line with the modified competitive gaming experience popularized by the competitive community on Xbox. This includes the following changes:

le supplements The menu has been updated to play terminals and cutscenes from Halo: Combat Evolved, Halo 2, Halo 4, and Halo 2: Anniversary directly in-game instead of being linked out-of-game.

The other supplements menu options are externally linked:

In addition to this, we are releasing the Halo: Combat Evolved level scripts zip files and all tag files that were used to create the campaign and multiplayer levels.

These tools and files are provided as-is, but we plan to make updates over time to address issues we see discussed in the mod community.

You can download these tools from Steam. In the Steam app, set your library filter to include "Tools", locate "Halo: CE Mod Tools" and install. You can also use the run command “steam://run/1532190” to install them. The full blog post on Steam goes into more detail about these tools and how to access them.

Many improvements come from Halo Insider feedback and Halo support tickets submitted by our community. Thank you for participating and keep submitting tickets! Below is a list of fixes in this update:

A sample of fixes added after the last Halo Insider flight:

You can read more about the patch notes via the Halo Waypoint Site. Halo: The Master Chief Collection is available now on PC, Xbox Series X/S and Xbox One.