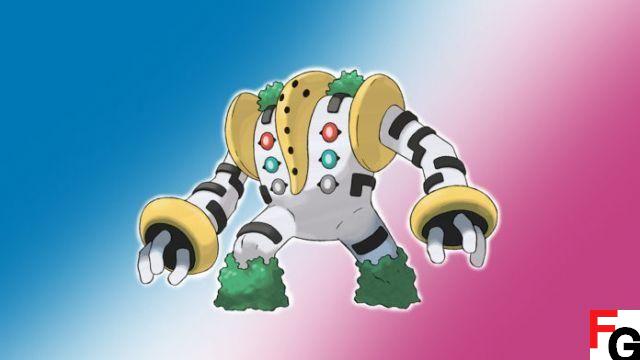 At a time Shiny Diamond Pokémon et Shining Pearl Pokémon, players have the chance to catch a wide variety of Legendary Pokémon, including the fearsome colossus Regigigas, capable of knocking out even the toughest opponents with its powerful attacks and high attributes. That said, now we are going to tell you where and how to catch Regigigas in Pokémon Brilliant Diamond and Shining Pearl.

Location of Regigigas in Pokémon Shining Diamond and Shining Pearl

Regigigas can be found in Snowpoint Temple, but to unlock the area you must first defeat the Elite Four and obtain the National Pokédex. You can get the Pokédex by going to Sandgem Town and talking to Professor Rowan after completing your Sinnoh Pokédex. Once your preparations are complete, it's time to get Regirock, Regice, and Registeel, as you will only be able to fight Regigigas if they are with you.

To do this. head to route 221 and go to Ramanas Park. Once in the area, exchange your Mysterious Shards, which can be mined in the Great Underground, for three Discovery Slates. After collecting the slates, go to the Discovery Room, located north of the park entrance, and use the slates to summon and capture Regirock, Regice, and Registeel. Once you've captured all three of them, put them in your party because it's time to take on Regigigas.

As stated above, Regigigas will be in the Snowpoint Temple, located near Snowpoint City. Specifically behind the Pokémon Center. Once inside the temple, solve all the puzzles on the way down. On the fourth floor below the entrance you will find Regigigas waiting for you. The fight will be tough, but even though Regigigas is strong, it's weak against Fighting-type Pokemon, so keep that in mind. Once you've depleted his health enough, capture them and that's it.

To recap, here's how to find and catch Regigigas on Pokémon Brilliant Diamond and Pokémon Shining Pearl:


Both Shiny Diamond Pokémon et Shining Pearl Pokémon are available now, exclusively for the Nintendo Switch. If you don't know which version to get, don't forget to check the main differences between Pokemon Brilliant Diamond and Shining Pearl.