How to Cross Waters - Pokemon Sword and Shield 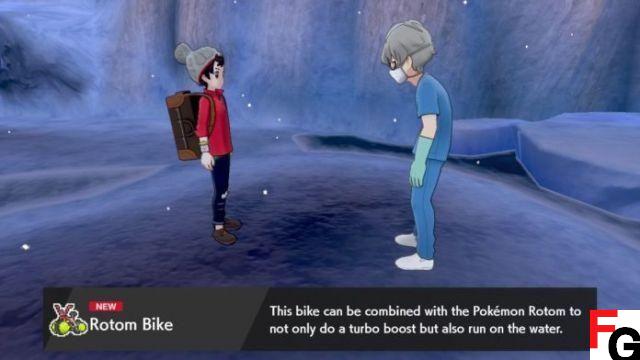 Much like Pokémon themselves, Pokémon games have evolved over the years. One of the biggest changes took place during the Sun and Moon generation, where HMs were removed from the game and instead used in different ways. Pokemon Sword and Shield continues this trend by having no HM in the picture, forcing players to find other methods like Surf and Fly. You have to cross many bodies of water throughout the game and this guide will tell you how to do it.

How to cross water

While playing Pokemon Sword and Shield, you will come across different areas where you would need the equivalent of Surf. However, even getting the Surf TM won't help you in this department, as it only functions as an attack move in combat.

To pass through water in Pokemon Sword and Shield you have to start by playing a lot of the game. You will just have to pass all the water sections you see for a while and work your way through until you finished the sixth gymnasium.

After the sixth Gym, be sure to go to the Steakhouse for dinner as the game will ask you to. After these scenes, you can then descend into Route 9. If you try to get to Route 9 before the steakhouse, you will hit a dead end due to areas of water that you cannot cross.

Once you get to Route 9, head south and you'll eventually run into a guy who hassled us with two members of Team Yell. Rescue him from these people and he will reward you with an upgrade to your Motocyclette, which will allow you to prevail on the water.

You no longer have to choose to surf when you're in the water, but you still ride on it when you get off your bike. This greatly simplifies things and also opens up many new areas to explore from the start of the game.