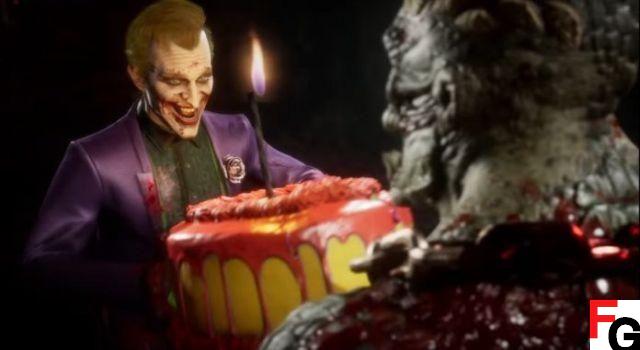 (Update: After his early access period (during which we all learned he was a monster to deal with), the Joker is now available for purchase in Mortal Kombat 11 on all platforms. This article has also been updated to include several of Joker's "brutalities" as well as his Krushing moves, entries for which you can check out below.)

The Clown Prince of Crime himself, The Joker, is available now to Kombat Pass owners in NetherRealm's Studio violent fighting title Mortal Kombat 11. Easily one of the most recognizable and popular comic book characters of all time, Joker now brings his own brand of sick, homicidal carnage to Outworld and its people.

And you know what, on the face of it, that's not a bad character. Joker has a very deceptive range, thanks to his long legs and cane, allowing him to start combos just outside the range of many characters. These combos also have great mixing abilities, thanks to a brutal headbutt option, which delivers unpredictable strings that play mind games with those on the defensive.

While Joker's projectile attacks get off to a pretty gruesome start, many of them have awkward, hard-to-dodge trajectories, wreaking havoc on players trying to approach the Man Who Laughs. Throw in a parry, and a single move sees Joker setting the ground on fire – creating pressure for downed or cornered opponents – and there are plenty of tools available for those who want to take a walk on the wild side.

But that's not why you're here. Chances are you're here because you've just downloaded the Master of Chaos and want to start adding to his already insanely long kill list. So, here's a little guide to show the rest of the MK universe on a bad day.


Wait until they charge you...

As depicted in the trailer above, this Fatality sees Joker get a good cake, followed by the appearance of a ramshackle "Friendship" sign, referencing previous years of Mortal Kombat. The cake then explodes, sending the unfortunate victim to the top. Joker peppers the opponent with a Tommy gun, also popping the friendship balloons and revealing the punchline: a fatality and a whole lot of mess. I really dig "OOH!" From Joker right at the end.

While singing a twisted version of the nursery rhyme and 3rd bass classic "Pop Goes The Weasel", Joker uses a stretchy boxing glove to punch a hole in his opponent. Joker then rolls up an -in-the-Box and places it inside his foe's cavernous torso, resulting in the most sinister "pop" since Billy Mumy sent this guy to the cornfield in The Twilight Zone.

Rise up:
Down + 2
- Triggers if punishes or against high attack

End of show:
Forward + 2, 1, 2
– The last hit is triggered if the kombo is a punishment or a counter


Kapow:
Back, forward, 2
– Triggers if hits at full range, or as punishment or counter

BRUTALITY:
(Remember these need to be unlocked in Towers first, as that's how it works now shrug)

Playful puppet:
Down, back, 3 (hold 3)
– Finishing hit must come from Puppet Parry

Together forever:
Down, back, 3 (release 3 to start fire, then quickly hold 3 again)
– Final hit must come from Getting Lit

Blam Blam Blam:
Throw back, then 1 and 2 repeatedly

The Joker is now available in-game. Mortal Kombat 11 is available on PS4, PC, Xbox One, and Nintendo Switch. 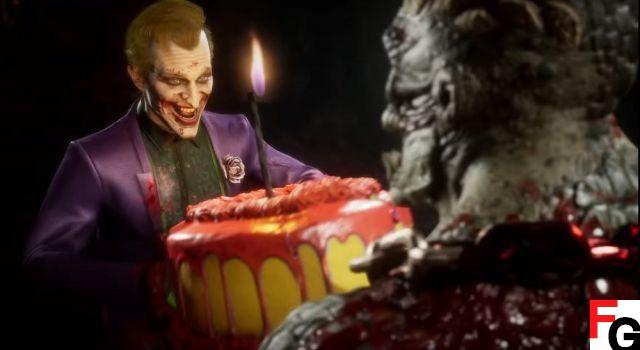 Audio Video How to Perform Joker's Fatalities, Brutalities, and Krushing Blows in Mortal Kombat 11
How to Emit in League of Legends: Wild Rift ❯

add a comment of How to Perform Joker's Fatalities, Brutalities, and Krushing Blows in Mortal Kombat 11