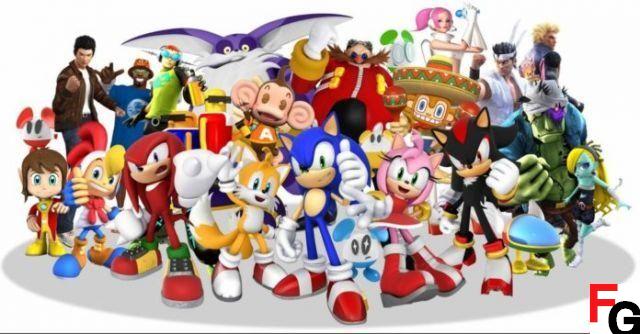 Promoted from our community blogs

[UserDestructoid[DestructoiduserNinjaspeed is here to remind you how fantastic some of the Sega game soundtracks are, and to make the case for a rhythm-based revival of Sega All-Stars. They definitely sold me on the concept.

I hate real-life karaoke, but if you don't absolutely adore Yakuza 0 Wonderfully Over-the-Top Karaoke Minigame, I'm going to step out on a limb and say you'll probably never really be able to experience the love. It's amazing, and the absurdity of seeing a dangerous killing machine run amok and shatter the trusty old air guitar after a few drinks is something justifiably special.

If Sega could squeeze the current gameplay into a full fledged rhythm game featuring Sonic and the cast of the many other lovely games released under his name, while still going for fun visual delivery in Yakuza, we could absolutely be looking at a total banger. . –Kevin]

In 2022, I was beyond excited for Sonic & All-Stars Racing Transformed. The tracks, characters, and game mechanics were amazing. I had a lot of fun playing it and I had no idea how the developers at Sumo Digital could top the quality of this game in an upcoming installment. Guess Sega felt the same, since the Sega All-Stars series has been on hiatus ever since.

Following the return of IPs in recent years, such as Streets of Rage and Sakura Wars, it would be fantastic to see the Sega All-Stars series return as well (among many others). However, I don't know if Sega wants to continue racing titles after Team Sonic Racing releases in 2022. Besides returning to the minigame or sports format of the past, I thought music would be a great way to bring back the All-Star games. The Kingdom Hearts: Melody of Rhythm announcement simply solidified those thoughts.

One aspect of Sega games that is well known and loved is their music, right up to "SEGA!" » song. Sega just does magic in their music. Whether it's Virtua Tennis, Super Monkey Ball, Comix Zone, Shinobi or Afterburner, composers always know how to arouse emotions in the player. To celebrate Sega's 60th anniversary, I'm going to go through the music of a few Sega series to accentuate the concept (of love).

The Jet Set Radio series is brimming with style and the music is an integral part of its identity. While the games feature licensed music, the original funky beats are courtesy of Hideki Naganuma with additional tracks by Richard Jacques and Tomonori Sawada. They created all kinds of songs, including Jet Set Radio's 'Let Mom Sleep', 'Funky Radio' and 'Electric Toothbrush' as ​​well as Jet Set Radio Future's 'Concept of Love'.

The Nights series is packed with wonderful comforting tunes from composers Naofumi Hataya, Tomoko Sasaki and Fumie Kumatani. Nights into Dreams “Paternal Horn” and “NIGHTS and Reala” bring the worlds of dream and nightmare to life. Nights: “Cruising Together” and “Wizeman Theme” from Journey of Dreams find that magic easily.

Outrun is one of Sega's most beloved arcade games, and composer Hiroshi Kawaguchi provided the soundtrack for an airy player. Some of the jams in the series include Outrun 2's 'Splash Wave', 'Risky Ride', 'Shiny World' and 'Night Flight'.

The jazzy and energetic rhythms of Space Channel 5 were brought to us by Naofumi Hataya, Kenichi Tokoi, Tomoya Ohtani and Mariko Namba. Songs include Space Channel 5's 'Evila: Attack of the Perfect Reporter', 'Coco Tapioka The Huge Dancer', 'Space Ship: Strut' and 'Morolian! Monroe!: Rapid Geminis in the Monitor”. For a series heavily focused on rhythm, the composers went above and beyond to deliver a memorable selection of tracks.

The music for each Sonic the Hedgehog game is also a highlight. The music in this series is so beloved that I can't present it properly. Instead, I'll select a few songs from three eras following the Sonic Generations naming convention. These eras will include the Genesis era (1991 – 1997), the Dreamcast era (1998 – 2022), and the modern era (2022 – present). Please note that I will exclude some obvious choices such as "Green Hill Zone".

Composers such as Crush 40 member Jun Senoue, Masafumi Ogata, Tomoya Ohtani, and Tee Lopes have helped bring the music for the Sonic series to life. The series' iconic soundtrack was brought to us by Masato Nakamura, who composed the first two Genesis games.

I would also like to mention a few other games. Burning Rangers are popular for their late '90s jams like "I Just Smile" and "We Are Burning Rangers." Golden Ax is full of heroic fantasy music such as "Turtle Village" and "Fiend's Path". Skies of Arcadia is a cult classic with great epics and intense songs like 'Vyse's Theme' and 'Boss Theme'. Finally, imagine Yakuza songs like "Friday Night" and "Fatal Conflict" in a rhythm game!

I would expect the majority of playable characters from previous entries to return, but in addition to them, I'd like to see other characters from games like Bayonetta, Persona, and Valkyria Chronicles make the cut this time around. Heck, also throw in Segata Sanshiro!

The gameplay could be similar in style to other Sega rhythm games like Samba from Amigo or Persona dance games from Atlus. Additional challenges and a multiplayer mode could also make this a popular party game. While I recognize that a game like this could be a licensing nightmare for all the songs from different games, I'd like to think they could pull it off, especially considering all the music from previous Sega All games -Stars.

It's hard to imagine that it's been almost a decade since Sonic & All-Stars Racing Transformed was released! This game had compelling replay value, really tight gameplay, and (of course) a great soundtrack of remixed songs. I really hope the series returns in some form for the next generation of consoles. For now, all I can say is Happy 60th Anniversary Sega! Thank you for the great gaming memories and amazing soundtracks that came with them. 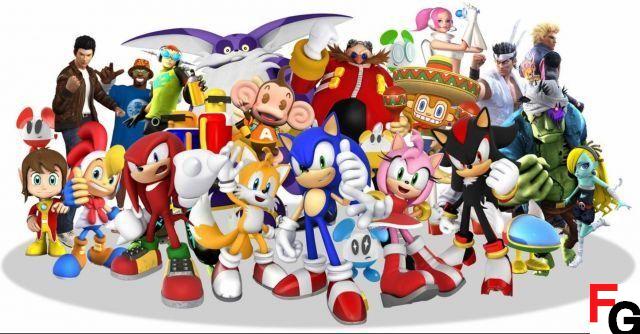 ONE OF US WAS A FRONT PAGE! HOW DOES IT WORK:

This story was submitted via our community blogs,
and finally arrived at the homepage! Anyone can get to the Dtoid homepage when you piss excellence. Would you like to come inside? Write a long blog with photos and senpai may notice you (our community committee chooses promos). It happens all the time: read more promoted stories

I hope you like monotony, because The Tick on SNES and Genesis is full of it ❯