Is Deltarune Chapter 2 on PlayStation? 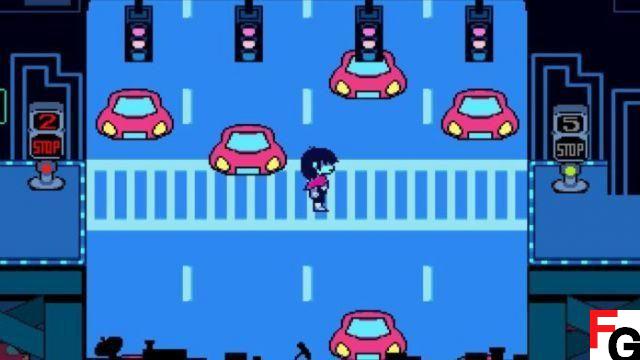 For the moment, Deltarune Chapter 2 isn't available on PlayStation 4 or 5, but that doesn't necessarily mean it won't be soon. The reveal of the second chapter took place during Undertale's sixth anniversary celebrations when Toby Fox used the event to announce the impending release for Mac and PC.

When is Deltarune Chapter 2 coming to PS4 and PS5?

This news may disappoint some PlayStation owners, but don't despair just yet. First of all, it should be noted that Deltarune Chapter 1 was initially released on Mac and PC and later found its way to consoles. So we still expect to see it land on the Playstation in the future, and we think we have a decent guess of when.

There was a three-month delay between the launch of Deltarune Chapter 1 for Mac and PC and the release of the PlayStation 4, so we think it's fair to anticipate the same kind of expectation here. Of course, we can't be sure without an official word, but we think it's a reasonable estimate with additional developers brought in to help on the project. Hopefully that means PlayStation owners could be back with Kris and the gang in the Dark World before too long.

In the meantime, make sure your save file for the first game is complete, as you won't be able to transfer your save file to Deltarune Chapter 2 without having done so in the credits of the first chapter. If you've already completed Chapter 1 of Deltarune, check back on this page regularly for more updates on when the highly anticipated follow-up will arrive or guides on what to do when it's released.

Deltarune Chapter 2 is currently available on Mac and PC.

Is Deltarune Chapter 2 on Xbox? ❯

add a comment of Is Deltarune Chapter 2 on PlayStation?