Is Hyrule Warriors: Age of Calamity Expansion Pass Worth It? 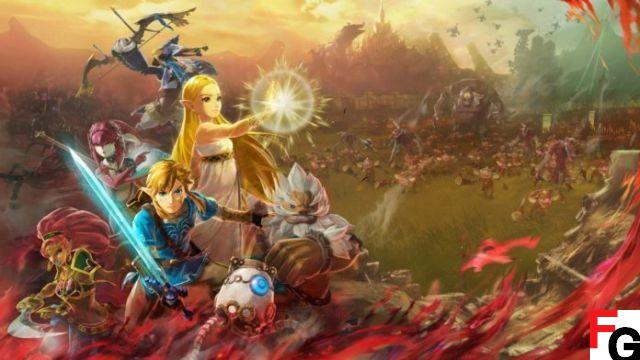 What comes with The Hyrule Warriors: Age of Calamity Expansion Pass?

The Hyrule Warriors: Age of Calamity includes two waves of DLC. The first DLC pack is titled "Pulse of the Ancients" and was released on June 18, 2022. It was heavily showcased during Nintendo's E3 2022 presentation. This expansion adds a new playable character to the game, two new weapon types for Link and Zelda, and a host of new challenges for players to complete.

The second DLC pack is called Guardian of Remembrance. It's slated for release in November 2022, and it's the more exciting DLC ​​of the two. Not much is known about its content, but it will add an expanded roster, new skills for existing characters, new locations, and character thumbnails showcasing new story missions.

Wave 1: Pulse of the Ancients

Pulse of the Ancients is available now and includes the following

This pack is primarily something to hold players over until the bigger DLC pack for Hyrule Warriors: Age of Calamity is released later this year. Nonetheless, the new Royal Ancient Lab challenges offer an array of tough combat and give players reason to revisit old missions. The playable Guardian and new weapons for Link and Zelda are also a lot of fun.

Not much is currently known about Guardian of Remembrance other than the fact that it is slated for release in November 2022. It will include the following additions.

New characters and new skills for the existing cast have yet to be revealed, but many are hoping Robbie and Purah will be two of the new DLC characters in this pack. Several fans are also waiting for Sooga to be added to the list as well. Also, while this DLC pack will add new characters and stages, new character thumbnails seem to be the main focus of Guardian of Remembrance. These will likely focus on Link, Zelda, the Champions, and the rest of the main cast and provide new missions for each of them.

add a comment of Is Hyrule Warriors: Age of Calamity Expansion Pass Worth It?