Is Pokemon Unite coming to PC? 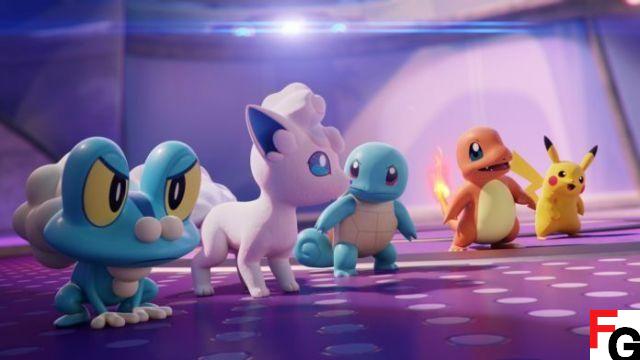 Pokemon Unite left PC Gaming fans in the cold by releasing on limited platforms and left them wondering if the game will ever come to their platform of preference. Released for Nintendo Switch on July 21, 2022, the game takes the franchise in an interesting new direction. This free-to-play MOBA (multiplayer online battle arena) that has two teams of five players battling it out has confirmed a mobile port is coming in September, but will Pokemon Unite be coming to PC?

Unfortunately, neither Nintendo nor TiMi have expressed any intention of porting Pokemon Unite to PC. Of course, that might change in the future, but for now it looks like Pokemon Unite is limited to the Switch and mobile devices. If you're playing on Switch or mobile, you'll be happy to know that the game will support cross-play between the two platforms. Therefore, you will be able to play with your friends even if you are on different platforms.

It's no surprise to see a mobile port of a Pokemon game. There have been official Pokemon mobile games in the past, including the hugely popular Pokemon Go game which lets you search for Pokemon in the real world using augmented reality. Since its release in 2022, the game has generated at least $6,46 billion in revenue.

A PC port, however, would definitely be a new direction. Outside of Pokemon Trading Card Game Online, there haven't been many PC options for Pokemon fans. Pokemon Unite would be the perfect opportunity for that to change. MOBAs have thrived in the PC market in the past, and titles such as League of Legends have become household names. There's no reason Pokemon Unite can't do the same.

Pokemon Unite is available on the Nintendo Switch. It is also set to release on Android and iOS devices on September 22, 2022.

add a comment of Is Pokemon Unite coming to PC?