Kena Bridge of Spirits: How to defeat Taro 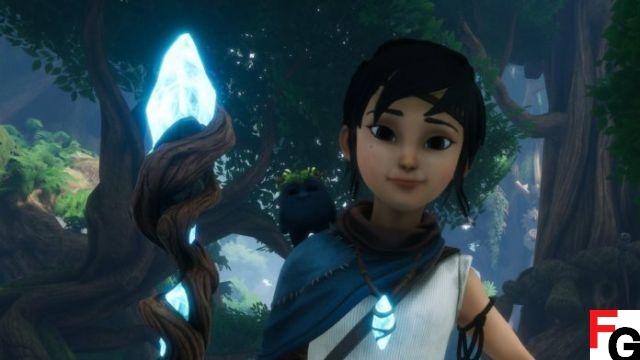 Beneath the pretty exterior of Kena: Bridge of Spirits lies a game with surprisingly difficult fights and enemies that will make your hands sweat. While blindly swinging your staff might work for low level enemies, dealing with bosses is going to take a bit more skill. The first big main boss you encounter is Taro, a troubled soul who, even in death, still blames himself for tragic events beyond his control. Taro may not be the toughest boss in Kena: Bridge of Spirits, but defeating him will require some planning and careful play.

You might have collected all three relics needed to unlock Taro's boss battle, but that doesn't mean you should go. Taro will almost certainly be your toughest challenge so far in Kena: Bridge of Spirits, so sufficient preparation is required if you want to defeat him.

First, make sure you've unlocked as many abilities as possible. Kena's skill tree is relatively simple, but it offers useful upgrades that provide monumental advantages in combat. Plus, it's always fun to find new ways to incorporate your Burp into your encounters.

When it comes to Taro's battle, the most vital ability to unlock is Focus, which is the first upgrade in the Bow branch. Focus lets you briefly slow down time while your bow is drawn, allowing you to aim better. When dealing with Taro, it will grant you the level of accuracy required to take him down.

Taro may be a scary creature, but he's not invincible. Half the battle is identifying its weak points that you can use to your advantage.


First, you should notice that Taro has a lantern hanging around his neck. Sometimes it glows amber, and sometimes it doesn't. Keep an eye out for the lantern, and when it glows, be sure to shoot an arrow at it. This will cause sound waves to be released that temporarily paralyze Taro, allowing you to bring in some heavy batons. Be careful, though, as this will make Taro angry. He'll swing his sword three times after recovering, so be prepared to dodge quickly after taking a heavy melee attack or two.

It can be quite difficult to hit Taro's lantern when he's sprinting, so Focus is a must. By activating Focus, you can slow down time enough to ensure your arrow hits the glowing lantern, even when it's swinging.

Taro's second weakness is quite significant. On his right arm is a huge purple bubble. When you've filled up your courage meter and your Rot is brave enough, you can command them to fetch Taro's arm, which causes the bubble to glow blue. This will give you a small window of opportunity to hit the bubble and deal significant damage. Be warned that Taro will be flailing around trying to get the rot out of him, so again using Focus is a must.

Taro is a tough enemy as he is aggressive and savage. To make matters worse, he's relentlessly fast and has a penchant for craziness that just doesn't seem to stop.

Just like a teenager with hormones, Taro has phases. Fortunately, there are patterns in his movements. His movement patterns change depending on the phase he is in. During Taro's first phase, he will wield a sword. He will use the sword to hit Kena or stab her.


Timing your dodges well is essential, and while parrying is an option, it's usually best to simply avoid danger. When you're near Taro, he'll also occasionally use his tail to hit you.

Once you drastically reduce Taro's health, he will enter his next phase, where he will be faster and more aggressive. Be prepared to do a ton of dodging once he reaches this stage, as it starts with him jumping around like a bunny and sliding over anything in his path. Taro gets rid of his sword and uses his claws instead.

During this phase, dodging is vital. Taro will rush at Kena and try to grab her. If he succeeds, he will greatly deplete his health. It's not a position you want to be in at all, and finding yourself within reach of Taro even once can easily end your entire run.

Put it all together

Once you understand Taro's weaknesses and different phases, it's easier to figure out how to take him down. A winning strategy is to start the battle by sending your Rot to swarm Taro's right arm. This is easier to do if you have the Enter the Fray ability which allows you to start the fight with 1 Rot action available. Activate Focus and blast the bubble once it turns blue. Before Taro has had a big chance to recover, start aiming for his lantern once it glows amber. As soon as your arrow lands and Taro is paralyzed, land a few melee shots before dodging the path.

If you repeat this enough while dodging Taro's attacks, you should reduce his health until he enters his next phase. It's pretty obvious when this happens as Taro will raise his hands and let out a blast of energy before destroying his sword. Stay away from him when he does this.


Taro should start circling you before preparing to pounce so he can either smack you with his claws or grab you. It's the grab you really need to be afraid of, but the punches shouldn't be taken lightly either. Like the previous phase, you're going to want to shoot Taro's lantern. The best time to do this is when it starts charging you. Simply activate Focus to give yourself a few precious extra seconds to aim, and let your arrow fly once your bow is lined up with its lantern.

There are several ways to make the battle a little easier for yourself. First, there are flowers around the field that you can use to replenish your health. However, your courage meter will need to be full enough for your rot to be brave enough to come out before you can use the flowers.

Second, if you're having trouble dodging some of Taro's attacks, you might want to play it safe and avoid close combat. Although it takes longer, sticking to your bow and relying solely on ranged attacks will also get the job done.

Kena: Bridge of Spirits is available on PC, PS4 and PS5.

add a comment of Kena Bridge of Spirits: How to defeat Taro