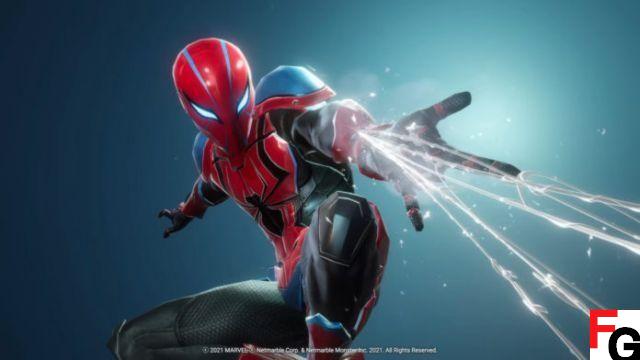 Marvel Future Revolution is available now on mobile devices, and we've created a tier list ranking each hero to help players choose their starting character. Future Revolution includes 8 playable heroes at launch, each with their own playstyle and abilities. Other Marvel favorites like Rocket Raccoon, Groot, and Nick Fury make appearances in the story, but unfortunately aren't playable. Still, the game's roster is incredibly diverse, and there aren't any truly bad characters. You should pick your favorite, but if you can't decide, we've got you covered. Here are the 8 Marvel Future Revolution characters ranked.

Captain America is one of the most popular Avengers, so it only makes sense that he's one of Marvel Future Revolution's best characters. Steve Rogers has an incredibly well-rounded kit with abilities for every situation. Some characters may surpass him in some respects, but Captain America is a solid character who doesn't have many weaknesses. Sure, some of the ranged characters like Iron Man and Star-Lord might have an easier time dodging damage, but this shield isn't just for show. The Star Spangled Man with a plan easily earns his S-level spot.

The only other Avenger to rival Captain America in popularity is Iron Man, and it's no surprise that he tops the list alongside him. Iron Man earns his S-Tier placement due to his powerful abilities and overall ease of use. Its in-game control difficulty is just one star, and there's a good reason for that. Tony Stark is incredibly easy to play and has a very straightforward style of play. All of his abilities hit hard and his costume gives him a mobility bonus. If you want to do a lot of damage, choose Iron Man as your primary.

Who doesn't love Spider-Man? Everyone's favorite friendly neighborhood Spider-Man is one of the best characters in the game. He might not be able to deal as much damage as Iron Man or absorb as much damage as Captain America, but Spidey's abilities offer incredible utility for solo and group content. With a control difficulty rating of four stars, it's a little harder to play than the rest of the list. Still, the web-head has a spectacular kit that will help you take down waves of enemies in PvE or annoy enemies in PvP.

Captain Marvel is already one of the most powerful characters in the Marvel Universe thanks to her suite of devastating powers, and Carol Danvers packs as much of a punch as you'd expect in Future Revolution. She has the most damage output of any hero in the game, so you should definitely choose her as your starting hero if you want to burn through groups of enemies quickly. She is arguably the best offensive character in the game.

Doctor Strange has a wide range of spells and magical abilities at his disposal. The Sorcerer Supreme's kit focuses on supporting other players, making Strange the only dedicated support character in the game at the moment. That's not to say he can't deal damage like others, though. Doctor Strange's spells will do quick work on all enemies, but you'll want to mix up his support abilities in order to play him effectively. If slowing enemies and applying debuffs sounds like your speed, then Doctor Strange is the right hero for you.

Star-Lord is portrayed as an acrobatic, creative, and resourceful fighter in the Guardians of the Galaxy films and comics, which is why his Marvel Future Revolution incarnation is a bit underwhelming. Star-Lord is a solid character, but he doesn't really excel in any way. He's one step ahead of melee heroes thanks to his blasters that allow him to fire from afar, but his abilities don't really stand out. He can do decent damage, and you can definitely choose a worse hero, but Peter Quill isn't that exciting in this game.

Storm is the only X-Men representative on Marvel Future Revolution's roster, but this mutant's skills could use some work. Storm should be much more powerful than she currently is in her current state. She's equipped with several area-of-effect attacks that are great for taking out waves of enemies in PvE content, but they don't feel like they do enough damage. It's a shame the only X-Men character is so low on the list, but hopefully Netmarble will roll out some buffs in a future update.

Black Widow isn't necessarily a weak character. In fact, it can be great in the right hands. However, she has a 5-star control difficulty rating, making her the hardest character to play in the entire game right now. It would be nice if her abilities were worth it, but even when played effectively, Black Widow's kit is underwhelming. Some players will likely find powerful builds for her in the future, but as things stand, Natasha Romanoff just isn't that rewarding to play compared to the rest of the cast.