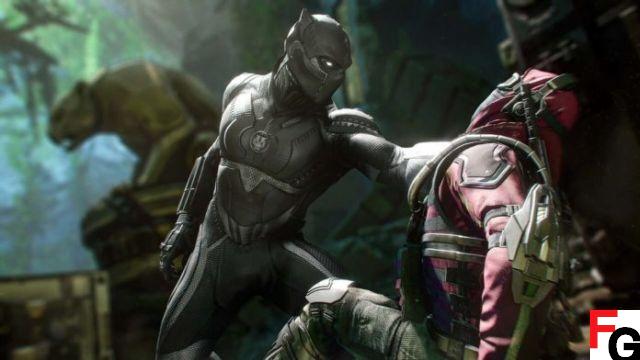 Black Panther has finally arrived in Marvel's Avengers, and here's everything you need to know if you want to unlock him. T'Challa is the game's ninth playable hero, the third DLC character after Kate Bishop and Hawkeye. Unlike previous Operations Taking AIM and Future Imperfect DLCs, however, the War for Wakanda expansion adds far more than a handful of story missions. Alongside Black Panther as a playable character, this update adds a new outpost, a new biome, two new villains, and more. Here's how to unlock Black Panther in Marvel's Avengers.

How to Unlock Black Panther in Marvel's Avengers

To unlock Black Panther, all you need to do is start the War for Wakanda mission chain. After completing the first mission, you will unlock Black Panther as a playable hero. After adding T'Challa to your roster, you will be able to play as him for the rest of War for Wakanda's story. You'll also be able to take him on missions unrelated to Wakanda, just like the rest of the Avengers roster.

The War for Wakanda intro mission is a single-player mission, so you won't be able to play it with your friends. It's only a short level though, and it gives you a taste of Black Panther's gameplay and abilities. You will be able to play the rest of the expansion with other players after completing the first mission.

Additionally, Marvel's Avengers recently received an update that allows duplicate heroes on the same team, so you can run the new content with a full party of four Black Panthers if you want. It might be strange to see a team of four T'Challa running around, but at least you won't have to worry about someone else picking Black Panther before you and kicking you out of the new hero.

add a comment of Marvel's Avengers: How to Unlock Black Panther