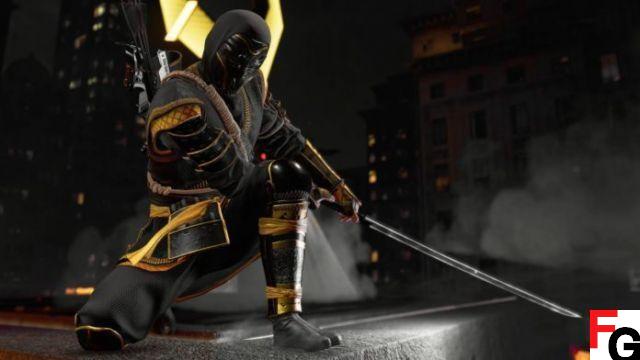 Marvel Avengers welcomed Hawkeye to the team. This addition should not be confused with Kate Bishop, who joined the heroic ensemble late last year and once bore the moniker. The narrative built until Clint returned after Kate's introduction and now it has happened.

The master archer has also brought a few spare clothes with him, for those who want to fight off the forces of evil in style. Among the available costumes is Clint's iconic Ronin outfit. We'll walk you through how to add it to your inventory.

How To Unlock Hawkeye's Ronin Outfit

There are two paths to Hawkeye's Ronin Outfit, one paid and one free. As usual, the determining factors revolve around time and money.

For those looking to earn the Ronin Suit without spending an extra penny on the game, the Legendary Outfit can be obtained by advancing the Hawkeye Challenge Card to level 40. The Gold Accented Outfit is the final challenge card unlock . Daily and weekly challenges will need to be completed to progress the level of the map.

Of course, you can save time if you have acquired credits by completing other heroes' challenge cards. Each hero has 1300 credits on their challenge cards. With seven characters currently in the game, that means there's a total of 9100 credits on the table to take. That's more than enough to buy all 40 levels of the Hawkeye Challenge Card, which amounts to 4 credits.

However, if you haven't spent enough time playing challenge cards, chances are you're a bit low on those funds. Credits can be purchased with real money, if desired. But I recommend you don't waste all that money to complete the challenge map quickly.


Instead, consider Hawkeye's premium Royal Ronin outfit on the market. The main difference is that this Ronin costume replaces the gold trim with the superhero's signature purple. The premium outfit costs 1400 credits, a fraction of the requirement to pay for 40 challenge card levels.