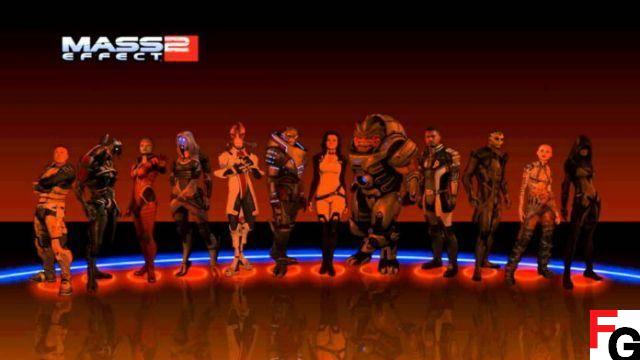 play through Mass effect 2 as part of the new version of the legendary edition could remind you how important fidelity is throughout the game. As Shepard gathers his crew, they don't immediately form a team. You need to earn their trust in order to get more information and upgrades. But the most important thing is to have their loyalty as they head to the game's final mission. To help you get them all, here's our Mass Effect 2 Loyalty Guide for ME Legendary Edition.

How to Earn Everyone's Loyalty in Mass Effect 2 (Legendary Edition)

In Mass Effect 2, you earn the loyalty of your team members by completing their specific set of loyalty missions. These are unlocked after you talk to them several times between previous missions and reach a certain point in the game. However, with Mass Effect Legendary Edition, you will have two Loyalty Missions unlocked as soon as you recruit the members of the team. They are Kasumi and Zaeed, who were released as DLC characters in the original game. However, we recommend saving them until you level up and have more teammates to take with you on missions.

With that in mind, the best way to retain your crew is to recruit your crew as quickly as possible and then speak with them each time you complete a mission. Simply make a routine of checking in with your entire crew between objectives and try to delve into any personal matters that arise. Once you've completed the Horizon stage, you can start doing the loyalty missions for the original 10 crew, and that's when we also recommend completing the Kasumi and Zaeed missions. , just to be safe.

When a crew member is ready to divulge their personal backstory and offer you their Loyalty Mission, you will be told that they wish to speak to you while walking near Kelly Chambers. For most of your crew members, all you have to do is complete this mission and they will become loyal. However, some have special conditions or offer choices that may prevent them from becoming loyal.

And that's how you'll retain everyone in Mass Effect 2 as part of the Legendary Collection. Completing these quests and avoiding things that will cause you to lose your loyalty will both grant you that character's loyalty power and make it easier for them to survive the suicide mission at the end.

Deathloop ending guide: How to get all three endings ❯