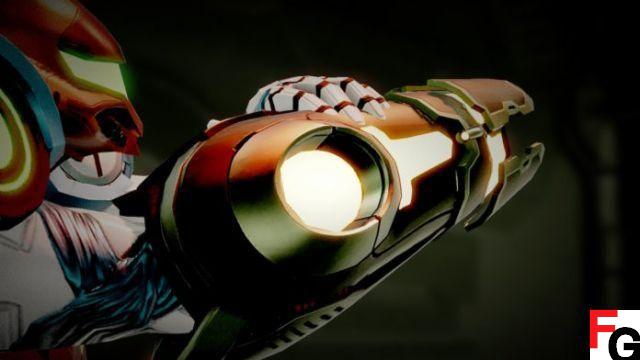 To fully explore the depths of ZDR in Metroid Terror, you'll need to reacquire all of Samus' signature upgrades. As always, you'll find bombs, super missiles, the bolt attack, and many other upgrades that appear in every entry in the series, but there are a few surprises here. You'll need them to progress through the new Door Covering system, which means there are even more barrier types. This also includes barriers for specific types of beam weapons. There are even gates that can only be used with the Grapple Beam, Flash Shift, or Phantom Cloak.

It's not always clear where you should go or what you should do next in Metroid Terror. If you're lost and want to get your hands on the next plot-important gear, just check out the full list of upgrades below. Everything is covered in order.

charging beam: Artaria – Located at the bottom of the map. Needed to open orange doors. After reaching the map station, cross the water and enter the EMMI area again. Drop down to this area and stand on a platform to activate the water, lifting a platform and allowing you to slide to the exit. Follow this path and destroy the red pustules to create a further path past the orange doors. Swipe and you will reach the sphere of objects.


Spider Magnet: Artaria – Acquired for defeating the fully functional EMMI in Artaria. Allows Samus to magnetize to blue walls. She can now climb vertically or horizontally.

wide beam: Dairon – Fires a beam of three lasers. Can activate three-button switches and doors. Recovered from Dairon after restoring power to the Abandoned Sector.

transformation ball: Cataris – Allows Samus to roll through small gaps. Acquired by defeating the Cataris EMMI. With Morph Ball, Samus can climb into small spaces from ledges, or jump with [A].

Varia costume: Artaria - Allows Samus to safely pass through overheated rooms - but not cold or lava. Acquired after using the red teleporter in Cataris and returning to Artaria. After using the Thermal Flow switch, back up and you can pick up this upgrade.

broadcast beam: Cataris – Charged beam special attack that can destroy objects on the other side of walls. Reward for defeating the Kraid boss.

Bomb: Dairon – After restoring power to Dairon's second generator, climb up and go right (to the right of the highest save station) to a room to get the bomb. Bomb upgrade allows you to place bombs in Morph Ball mode. You can use bombs to destroy hidden blocks, bomb blocks and activate Morph ball launchers.


Flash change: Burenia – Ability that allows you to instantly move forward on the ground or in the air. Acquired in Burundi after using the Dairon tramway.

Accelerator: Dairon – Acquired after defeating the Dairon EMMI. Speed ​​Booster lets you sprint by gaining enough speed to clear Speed ​​Booster blocks. Once you have acquired the

Super-missile: Ghavoran – After reaching the Network Station, go through the area below and reach the Whale Room. Through the left door, use floor bombs to reach a path leading to the Super Missile. This type of powerful missile can pierce green coatings.


Boost de rotation: Ghavoran – After escaping the Blue EMMI, you will get the Spin Boost bonus. The Spin Boost gives you a second jump.

Pulse Radar: Ghavoran – Found after defeating the Blue EMMI and obtaining the Ice Missile. Break the alien Enki in the upper right corner of the large well room in the center of the map and drop through the floor to gain this ability. You can now scan the rooms to reveal all the hidden blocks.

Storm Missile: Ferenia – Reward for defeating the Escue boss. Allows you to target up to five objects/enemies and lock on to unleash a barrage of missiles. Uses x3 missile ammo per use. Hold the missile button to charge it.

Space jump: Ferenia – Acquired by breaking the Storm Missile Crate above the Network Station. Allows you to jump infinitely during the spin jump.

gravity suit: Burenia – Acquired after using the green teleportal in Ghavoran. Use the Space Jump and the lower path to cross the underwater section of the facility and reach this upgrade. This increases your defense and protects you from extreme cold and lava. You can also move freely underwater.

screw attack: Artaria - Using Cataris' blue teleportal, Samus reappears on the far left of Artaria. The area is now unfrozen, allowing you to access an Orb object. This is available after defeating the Z-57 Experiment boss. Go to the Chozo Statue on your map to pick up the Screw Attack upgrade. Now your Space Jump has an extra attack that can pierce Screw Attack blocks.

cross bomb: Ghavoran – Defeat the Golzuna boss to earn the Cross Bomb power-up. The Cross Bomb is a special type of bomb that explodes over a wider area and pushes Samus' Morph Ball further.

wave beam: Ferenia - For defeating the purple EMMI, you'll gain the beam, which allows Samus to shoot through the walls and destroy the purple beam covers.

power bomb: Hanubia – Defeat Private Chozo to get the Energy Bomb. Charge the Missile Button while in Morph Ball form to set a Power Bomb.

Miitopia: how to save ❯

add a comment of Metroid Dread: Where To Find Every Costume Upgrade | Progression Slots Guide