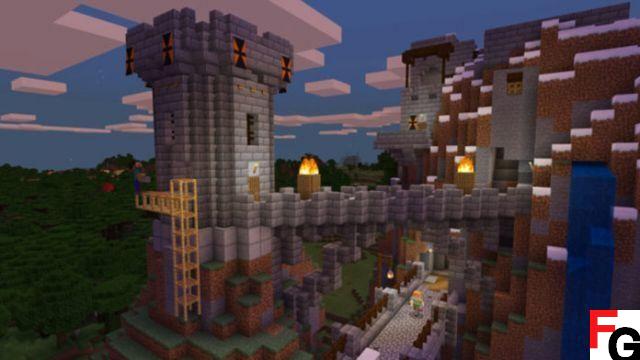 Update 1.18.1 has arrived for Minecraft bedrock, and here is the complete information about the changes added with this patch. This particular update includes important fixes for the game after the release of Caves and Cliffs Part II and contains fixes ranging from crash fixes to optimizations to the Market inventory screen. The following section lists the official patch notes. Here's everything new with Minecraft's Bedrock 1.18.1 update.

These are all the changes made to the game with this particular patch. Whether you're looking for Axolotls in the new update or exploring all the new biomes on offer. These fixes will ensure that your experience is smooth on the Bedrock Edition as well as other editions of the game.

Will you be playing through the new update for Minecraft's Bedrock this month? It should be noted that the patch itself is only available on PlayStation at the moment but will be available on other platforms in the coming days.


Minecraft is available now on PlayStation 5, Xbox Series X|S, Nintendo Switch, PlayStation 4, Xbox One, PC, mobile devices and many other platforms. For more information on this update, visit the official Minecraft website.

add a comment of Minecraft Bedrock Update 1.18.1 Patch Notes Gordon Bicker | December 4, 2022 All the latest patch notes for you!