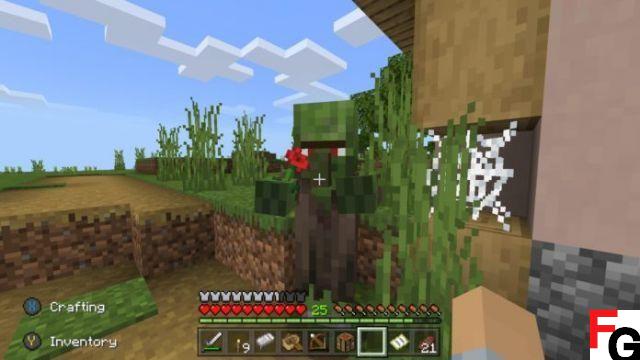 Zombies are a constant threat in Minecraft no matter which version you are on, these undead enemies appear in the dark and they are ready to pass on their curse to any unsuspecting villagers they find. Depending on your difficulty, there is a good chance that a villager defeated by a zombie will become a rare zombie villagers. And here we are going to talk about these guys. Whether you want to heal them or create more of them (and make sure they don't disappear), let's talk about the basics of good villager zombie care.

Need to know more about our favorite building / survival game? Check out 28 weird tips and tricks for Minecraft.

How To Make Netherite | All The Horse Information You'll Ever Need | How to Use Realms | Local Multiplayer and Xbox Live Guide | How to Ride (and Control!) Pigs

Where do zombie villagers come from?

Zombie villagers will sometimes appear when a NPC Villagers is killed by a Zombi. Depending on the difficulty, this will happen sometimes or all the time. In Minecraft: Java Edition, Zombie Villagers keep their job with a green, tattered version of their previous appearance. Villager zombies can also pick up weapons and armor left on the ground!

Zombie villagers will always appear in a basement igloo, or in a Zombie Village Biome.

How to cure zombie villagers?

Curing zombie villagers is possible with the right ingredients. You will need a pomme d’Or and Splash Potion of Weakness.

Splash Potion of Weakness can sometimes be found at an igloo brew station.

And that's all! A cured zombie villager will provide important discounts to the player for any future trading. You will also earn the zombie doctor achievement / trophy for saving the patient.

How to Create Zombie Villagers

This is the easy part. Creating zombie villagers requires 1 village NPC, and 1 zombie. Find a village full of villagers and wait at night for a zombie to appear. Lure the zombie inside a villager's house and trap the two inside a house together. Easy! Well, not so simple.

The zombie villagers spawn 100% of the time when on hard difficulty after a zombie kills a villager. On Normal, it's only 50% of the time. Keep that in mind!

Zombie villagers will also always spawn in Igloo basements or in (extremely rare) zombie villages. They are rare, but it is possible to find them in the world! Even though it took some players 5~ years to discover their first Zombie Village.

Minecraft – How to Find Diamonds Quickly and Easily ❯

add a comment of Minecraft: how to heal and create zombie villagers | Zombie Doctor's Guide