Minecraft: How to make and use a blast furnace 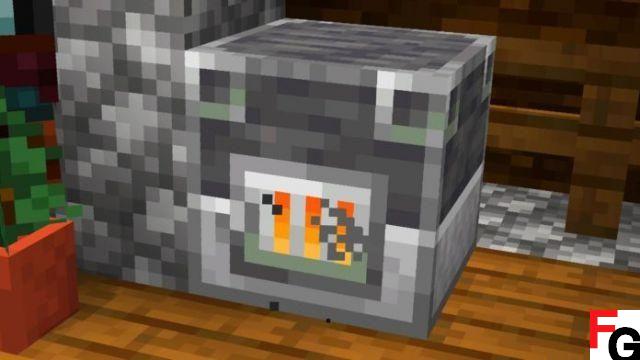 A few years ago, two new types of ovens were added to Minecraft. Among these two new blocks, we will examine the blast furnace. Unlike the basic oven which consists of eight pieces of cobblestones, this oven has some special features to make it a bit more unique. This special feature is that it smelts ores at a much faster rate than normal furnaces.

How to make and use a blast furnace

We'll start with the crafting recipe, because it's simple and enjoyable and also because owning the block is a good starting point for using it. First, you'll need three Smooth Stone Blocks, which can be obtained by smelting Stone Cobblestone and then smelting the resulting stone again to get Smooth Stone. Next, you'll need to open a crafting table and place the three smooth stone blocks on the bottom row, put a normal oven in the center, and then fill the rest with iron ingots. With that done, you will now have a blast furnace at your disposal.

To use the Blast Furnace, all you have to do is put it down and collect coal, as it works remarkably similar to a normal furnace. You take your coal and some ore and put them inside like normal coal, and the result is that your ore will be smelted twice as fast. It should be noted though that this furnace only works when smelting ores, you won't be able to use it to smelt food or for things like glass. Coal is also used at double the normal rate to compensate for the double speed, so you'll need the same amount of coal that you always need. It also has an added feature in that a villager can use a placed blast furnace to become a gunsmith.

Minecraft: how to make concrete ❯

add a comment of Minecraft: How to make and use a blast furnace