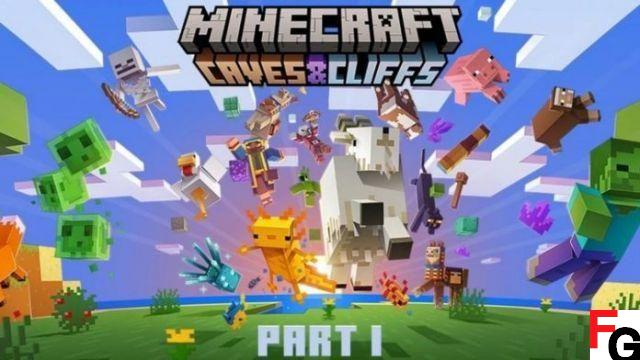 The Minecraft Caves and Cliffs update, also known as version 1.17, has arrived, and here is the full list of changes and fixes added with this patch. This is only the first half of the update, focusing on new blocks, mobs, and ores. The second part of the update will arrive later this year and will bring sweeping changes to the world generation. It's the one most people are excited for, but that doesn't mean there isn't a ton of hype surrounding Caves and Cliffs Part 1. Here's everything that's new with Minecraft version 1.17.

Additions to the Exchange and Loot Table

Important news regarding Minecraft on Android and Fire TV:

To continue to ensure that we can dedicate our resources to the platforms that most of our miners and artisans play on, we have ended support for certain older devices and platforms that Minecraft is available on. Starting with this update, Minecraft is no longer updated or supported on Fire TV Gen1, Fire TV Gen2, and Android KitKat OS v20 and earlier.

Minecraft is available now on PC, PS4, Xbox One, Nintendo Switch and mobile devices. For more information about this update, visit the official Minecraft site.