Minecraft update 1.17 release date: When is the caves and cliffs update coming out? 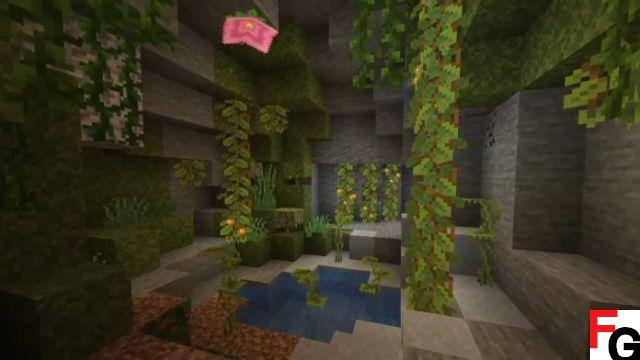 When is the Caves and Cliffs update coming to Minecraft? Minecraft update 1.17 is one of the most anticipated updates in the game. It finally changed the cavern generation and added tons of cool stuff under the blocky surface of the game. New mobs, new blocks and much more await players in this update, but unfortunately there is still a long way to go. Here's everything we know about the release date of Minecraft version 1.17, the Caves and Cliffs update.

Minecraft update 1.17 is currently scheduled for release in mid-2022. The Caves and Cliffs update will be released simultaneously on the Java and Bedrock versions of the game, but Java players can test out the new features early by playing the latest snapshot.

There is no exact release date at the moment for the Caves and Cliffs update, but the Nether update was released last June, so there is a good chance that version 1.17 will be released this summer.

What does the Caves and Cliffs update add to Minecraft?

Minecraft version 1.17 will add new mobs and blocks to the game and overhaul Minecraft's cave generation system to create larger and more diverse underground areas. The height limit in the game will be extended 64 blocks up and down, so the caves will be deeper than ever.

Currently, caves in Minecraft are simple and usually feature nothing more than small caverns or narrow passages. With version 1.17, several new types of caves will be added to the game to make underground exploration much more engaging and rewarding. Large aquifers, gigantic caverns with stalagmites, and long winding “spaghetti” caves are just a few new additions to Minecraft’s cave generation formula.


Mining will also become a bit more complex with the Caves and Cliffs update. Minecraft 1.17 increases the depth and height of each world, so there's a lot more to explore underground. To compensate for the increased depth, certain ores will be more common at certain depth levels to allow for more strategic mining. You may be able to find iron more often near the surface, while gold is abundant near diamond layers deep underground.

Most ores have also been retextured for accessibility, so your favorite Minecraft metals will look a little different when you find them in the Caves and Cliffs update. New ores like copper and amethyst can also be found in the new caves, so even the most experienced Minecraft players have plenty to look forward to.

Above ground, the mountains will be remade. This is the reason why the height limit has been expanded along with the depth limit. There are five new mountain sub-biomes to discover in the Caves and Cliffs update, and there will be new mobs like goats in these areas. There will also be new monsters to discover in existing biomes, such as the adorable axolotl and the fan-voted glowing squid.

The Caves and Cliffs update will add many new features to Minecraft and address several popular fan reviews of the game, so there's understandably a lot of excitement around 1.17. Although there is no exact release date yet, the Minecraft Caves and Cliffs update will likely be released in the first half of 2022. Of course, delays are incredibly common with the current state of the world. , so the update could slip to the later half of the year if it's not ready. Eager Java gamers can install the latest snapshot to test out some of the new features, but everyone else will have to wait for the official release.

add a comment of Minecraft update 1.17 release date: When is the caves and cliffs update coming out?