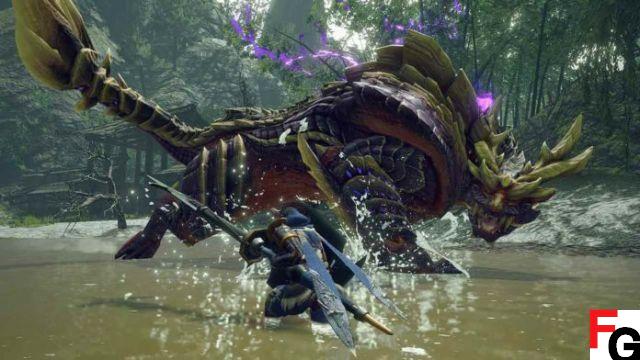 How to play with friends in Monster Hunter Rise on PC

How to Join Friend Quests

Once you and your friends are in the same multiplayer lobby, one of you can post a quest to the Gathering Hub and everyone can hunt together. Village quests can only be done solo, so you'll need to use the Gathering Hub quest counter for co-op.

Once someone has posted a quest in the Gathering Hub, players can join it by interacting with the quest board to the right of Minoto at the quest counter. When everyone has joined the quest, you can prepare and start the quest as a group. People can also join the ongoing quest in case someone gets left behind.

How to play online with randoms

If you don't have a predefined hunting squad, you can seek help from random online players who also play Monster Hunter Rise on PC. Simply follow the same steps listed above to create an online lobby or choose Find Lobby when talking to Senri the Mailman to join someone else's session. Then you can post a quest to the Gathering Hub or join someone else's posted quest using the same method as described above.


Does Monster Hunter Rise have crossplay?

Monster Hunter Rise doesn't feature cross-play between the Nintendo Switch and PC versions of the game. There's also no cross-save feature, so all Nintendo Switch hunters will have to start over with a new save if they want to. play on pc. There's still plenty of time to catch up before Sunbreak releases this summer.

add a comment of Monster Hunter Rise PC Multiplayer Guide: How to Play Co-op with Friends