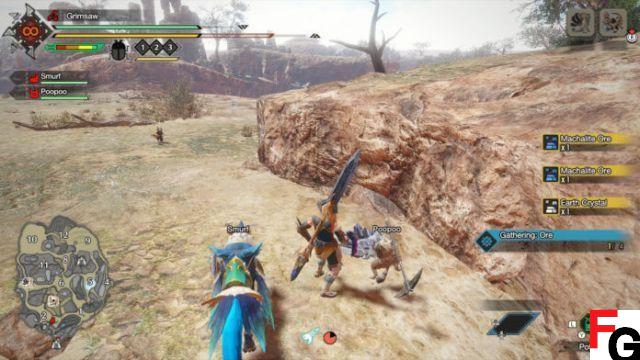 Big Fin is a crafting material in Monster Hunter Rise that can be a bit tricky to find. It is used in many armor sets and other crafting recipes, but it can only be obtained from a specific creature that only spawns in one location. Once you know where to find the Big Fins, however, they're easy enough to farm for you to stock up on. Here's where to find a big fin in Monster Hunter Rise.

How to Get a Big Fin in Monster Hunter Rise

Big Fin can only be obtained from Delex, which is a monster that resides exclusively in the Sand Plains. Delex is a small monster found in the northernmost part of the region, specifically in areas 9 and 10.

They swim in the sand, so they can be a bit difficult to see until you get close. Because they can swim under sand at high speeds, they can be difficult to catch. However, they will jump out of the sand from time to time, and this is your chance to strike. When you hit a Delex with your weapon, they will be stunned for a brief moment, making them easy to finish. You can also throw a sonic bomb at them to stun them and bring them back to the surface if you have any.

You can find Delex during any quest in the Sand Plains, but it's best to take an expedition round so you can farm them until you get all the materials you need. To start an Expedition Tour, visit Hinoa the Quest Maiden, select “Village Quests”, then choose “Expedition Tour”. The one called “A Tour of the Plains” will take you to the Sandy Plains. Once there, just head to areas 9 and 10 and keep an eye out for Delex.


Monster hunter rise is now available on Nintendo Switch. A PC version of the game is slated for release in 2022.

add a comment of Monster Hunter Rise: Where to find Big Fin