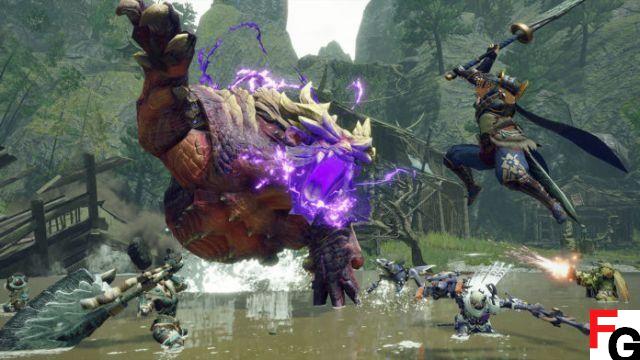 In Monster Hunter Rise, as players grow and progress, they will constantly need to change gear to adapt to the many challenges ahead, after all, each monster has its own strengths and weaknesses. With that said, and to help you get all the Zenny you need to form your ultimate build, here are a few things you can do to earn large amounts of Zenny in Monster Hunter Rise.

Monster Hunter Rise allows its players to participate in many quests, some of which reward them with a considerable amount of Zenny. Participating in quests will also give you the opportunity to explore many different regions and obtain a large amount of resources, many of which can be sold for a considerable amount. If you're looking to get the most Zenny out of a quest, we'd recommend going solo.

Also, before embarking on a quest that is sure to reward you with a large sum, we recommend ordering a Wealthy Man Dango from the Tea Shop or Canteen, as this will increase the chances of the consumable having the skill Dango Money Maker, which increases your reward by 90%.

In addition to participating in quests, MH Rise players can also participate in Expedition Tours, allowing them to move freely through many areas of the game. That said, you can take the opportunity to visit mining areas, where you can access a large amount of materials, many of which can be sold for large sums. The way to farm using this method is simple, just go to the area, collect as much ore as you can, then sell it all. You can also increase the number of items you can gather by using armor with the Geologist skill.

Considering what we said above, the Lava Caverns expedition is considered by many to be the best ore mining site in the game, as it contains a large number of ores and allows you to get them quickly. Doing the expedition during an Upsurge, to maximize your earnings, is advised.

During your many travels, you will come into contact with many account items, all of which will give you Kamura Points upon completion of the specific quest. That said, it is advisable to find the items and collect a large amount of Kamura Points, as you can also farm Zenny in Monster Hunter Rise by going to the Argosy and buying lots of expensive crystals using them. The crystals can then be sold at a bargain price.


Now that you know how to farm Zenny on Monster Hunter Rise, be sure to check out the best weapon for single player, the difference between affinity and attack, and the best low rank longsword builds for the start of the game.

Rise of the Monster Hunter is currently available for Nintendo Switch and PC. The PC version of the title can be brought in exclusively on Smoking, for $59,99.

Monster Hunter Stories 2 - How to Speed ​​Up Fights ❯