My Hero Academia: The Strongest Hero Tier List (May 2022) 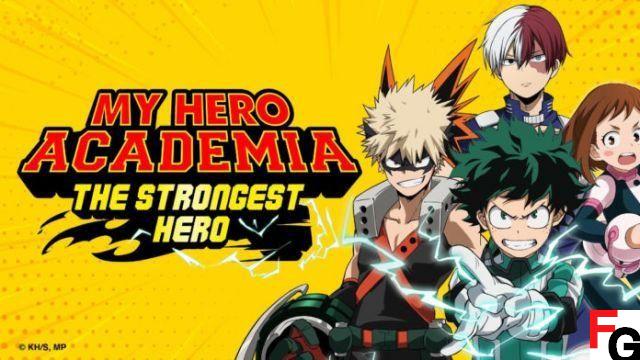 My Hero Academia: The Strongest Hero is finally out and as with any gacha game, a List of levels is the best way to start your journey in this exciting world. Resources don't come easily when it comes to such games, so planning ahead how to spend them and which heroes to use them on is something that will prove invaluable later on. With that said, let's check out the first tier list of 2022, as it stands to reason that it will change with more heroes being added to the game down the line.

Tier List for My Hero Academia: The Strongest Hero (May 2022)

We will categorize each hero currently available in the game, into four different categories. There aren't a ton of characters you can use at the moment, so it's very likely that the scaling and amount of levels will change over time. Also, please note that the following list will be based on the performance of Heroes during the beta period and on JP servers. At the moment, here is the ranking of all the characters available in My Hero Academia: The Strongest Hero:

Undoubtedly the most powerful heroes of the moment who will be included in the main team of most players. Aizawa takes the lead due to his extremely useful toolkit and his ability to fit into almost any team setup you can imagine, with the rest of the party simply dominating the other characters.

The heroes you will spend most of the time with, as they are both easily accessible and can do their jobs perfectly. Excellent pairs with heroes in lower tiers, increasing their usefulness.

The four B-tier heroes are able to do very well, but they lack important tools from the heroes of the tiers above. Bakugo, for example, is an exceptional character and can do wonders if handled correctly, but his skills are slower, leaving him vulnerable to faster attacks. The same goes for the rest of the gang here, but feel free to invest in one of these as they are solid choices, if you don't have many of the characters mentioned above.

For now, it's best to avoid both Iida and Ojiro. Which is unfortunate, because they're both really nice characters and Iidaa in particular is a fan-favorite hero in the community. Let's hope for a future boost, for both.

This section includes heroes and villains that are confirmed as upcoming entries, but not yet released in the global release. As soon as we have more data on them, they will be included in the tier lists accordingly.

My Hero Academia: The Strongest Hero is available on Android and iOS. For more information on the game, check out the Official Page for free.