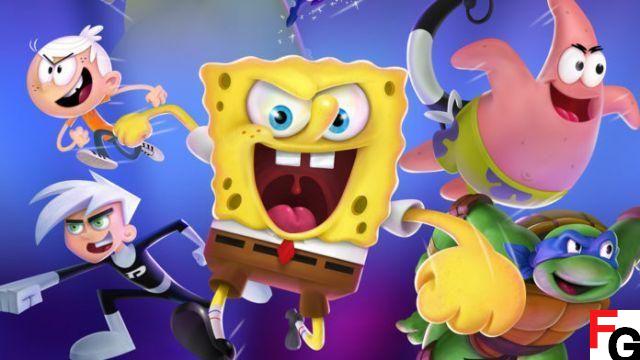 Ludosity and Fair Play Lab's Smash Bros-like crossover fighting game, Nickelodeon Star Brawl, features a roster comprised of many of Nickelodeon's most famous and iconic characters to date, such as the debut of the two main Avatar franchise installments, Aang and Korra, as well as SpongeBob SquarePants, Patrick Star and Sandy Cheeks, all from SpongeBob Squarepants.

Overall, Nickelodeon All-Star Brawl will feature a roster of 20 different characters at launch. You can check them all out below:

In Nickelodeon All-Star Brawl, you can participate in battles featuring up to 4 different players as you fight to be the last one standing in the arena. The game will also feature many locations pulled straight from Nickelodeon's biggest franchises, such as Jellyfish Fields, The Western Air Temple, The Ghost Zone, and Omashu. Besides the above characters, 2 new ones will be released after launch. DLC characters have also been confirmed to be featured and will be revealed in the future.

Ludocity CEO Joel Nyström revealed in an interview with Game Informer in September that the developers view the game as a competitive title. He also revealed that the game will, at least initially, focus entirely on anime characters, so at least for a while fans shouldn't expect live-action characters to arrive in the game. the game.

Nickelodeon Star Brawl is set to release tomorrow, October 5, for PS4, PS5, Xbox One, Xbox Series X/S, and for Nintendo Switch. A PC version of the game will also be released at a later date.