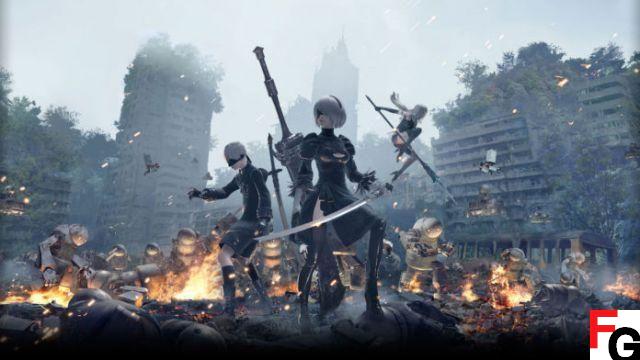 The system will now detect if HDR has been enabled in Windows display settings and automatically start the game in HDR mode if so.
• Anti-aliasing

Bitrate has been improved and all pre-rendered cut scenes adjusted, so they will now play at 60 frames per second and display in the correct aspect ratio without stretching the image.
• Global Illumination

A new "Global Illumination" feature has been implemented. This can be set to three different levels; High, medium or low.
• Occlusion/efflorescence ambiante

Render targets for ambient occlusion and bloom effects have been changed to dynamic resolution based on game resolution.
Bug fixes


• It is now possible to switch between recently selected display modes for screenshots, such as between fullscreen and windowed mode or between borderless and windowed mode, by pressing the Alt keys simultaneously + Entrance.
• Mouse cursor no longer displays when using a gamepad.
• Frame rate has been stabilized at 60FPS in default settings.
Other stability-related fixes have also been implemented.

Nier: Automata is available now on PC, PS4 and Xbox One.