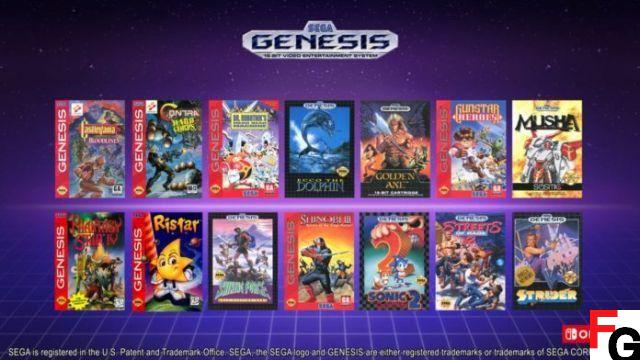 In the latest Nintendo Direct (September 23, 2022), Nintendo's Yoshiaki Koizumi revealed that Sega Genesis games will be added to its lineup of games via online subscription. Yes, it's true. The Sega Genesis will have a catalog of games under a new Switch Online program called Nintendo Switch Online + Expansion Pack.

This is a very good surprise for Nintendo Switch Online subscribers. Alongside it, there will also be a handful of games from the Nintendo 64. However, the Genesis might be interesting, given that there is currently a game on the Switch that contains many Genesis games. However, for people who don't have it or just want to collect, here are all the games we know of so far for this new subscription tier.

All Confirmed Sega Genesis Games Are Coming In The Expansion Pack

To also maintain this consistency when the NES and SNES libraries were released through the Nintendo Switch Online program, Nintendo will be selling full-size Sega Genesis controllers with the release of the expansion. They will be fully functional and wireless, maintaining the aspect of portability. You'll need the Nintendo Switch Online + Expansion Pack membership to nab one. Each controller will be priced at $49,99 USD.

Additionally, any game that has multiplayer functionality will also have online functionality. Games like Streets of Rage 2 and Gunstar Heroes have co-op modes, so you'll be able to play with other people online. However, you will need this new level of membership to even access the games.


This new membership plan will be released later this year, at the end of October 2022. It is also a new plan compared to the pre-existing Nintendo Switch Online plan. It will likely cost a bit more, but will have all the benefits of that subscription plus access to the Sega Genesis and Nintendo 64 libraries. To learn more about this upcoming subscription service, see Nintendo's website or click here.

Call of Duty: Vanguard mission list: how long is the campaign? Diego Perez | November 4, 2022 Rise on all fronts in this globe-trotting campaign. ❯