Paper Mario: The Origami King - Is the game multiplayer? 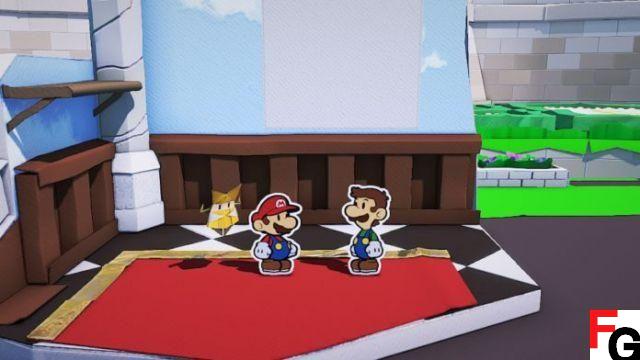 As the sixth entry in the Paper Mario franchise not including cross-play with Mario & Luigi, Paper Mario: The Origami King is another unique take on a franchise that has changed a lot over the years. There hasn't been a real distinct Paper Mario fighting style since there have been so many changes over this period between the various entries, which has left us wondering what we might expect in the new game. One of the things players might have asked is if the game has any kind of multiplayer and we are here to answer the question of whether you can team up with another player or not in Paper Mario: The Origami King.

Does the game offer multiplayer mode?

Paper Mario: The Origami King lets you take control of Mario as always as he encounters different characters and companions in the game, including his own brother Luigi. Unfortunately, no sort of multiplayer is included. You might have thought that was normal, but it's not like the Mario franchise hasn't used different types of multiplayer in its games in the past.

Super Mario Galaxy let a second player help collect stars by pointing the screen, which was very simple. Super Mario Odyssey did something similar by allowing a second game to take over Cappy when launched, which was almost a small inclusion for multiplayer.

With the various mob elements in Paper Mario: The Origami King, it would have been cool if there was at least a way to influence the game as a second player, whether as a toad or something. other than they could have found. In the long run though, it's not the type of game that really needed to be added in multiplayer, as that would have just been icing on the cake.

add a comment of Paper Mario: The Origami King - Is the game multiplayer?