Persona 5 Strikers: How To Get 99 Stats For Your Personas | Max Stats Guide 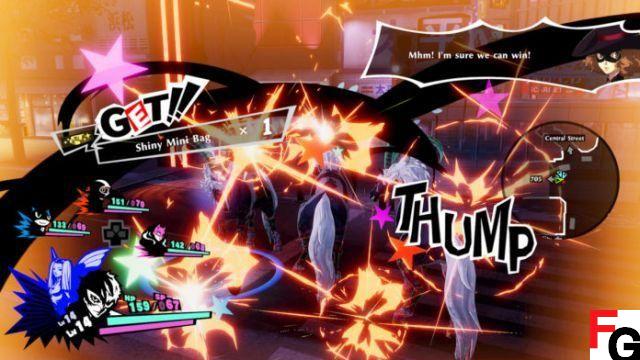 Tired of getting creamed Persona 5 Strikers? It might be an action game, but your phantom thieves can die surprisingly quickly here. Like any good JRPG, your stats matter the most – and your Persona stats can mean the difference between life and death. If you're fighting late-game bosses or just want to kill those annoying optional battles, you might need this nifty stat-boosting method.

It's also not a glitch or an exploit. Using the game's built-in systems, players can gradually increase your Persona's stats until they are maxed out. And you can start doing it once you hit the 5th dungeon in the game – so around 25 hours. It's a bit complicated, but this method makes the later parts of the game much, much easier.

How to get 99 stat characters | Max Stats Method

After starting the 5th dungeon, you will unlock the Personality enhancement function in the Velvet Room. This allows you to spend PP (personality points) to improve the statistics of your Personas. Each Persona can only have their status increased once, but by creating a Person Execution Loop we can increase the statistics several times. By making several loops, you will be able to create personas with 99 Stat in all categories, making the rest of the game a breeze.

To simplify things, let's cover the basic method. Don't forget that the statistics are kept after each personal creation. Here are the simple steps to follow max stats.


That's really it. Raising personality stats costs PP, but you will earn PP by completing all of these executions. You'll even start earning more PP than you spend on upgrades.


The level doesn't matter. I recommend capturing a low-level Pixie and saving it so you don't have to spend a lot of yen. Make sure to collect all types of people and save them. If you don't want to lose your Arsene, save it and then redeem it later (with yen) via Persona Summoning.

It's a long process, but if you're fighting one of the super tough optional battles, this is the easiest way to win. Once you have a 99 Stat Pyro, you can combine it with any other Persona of your choice.

Persona 5 Strikers: Is Kasumi in the game? ❯

add a comment of Persona 5 Strikers: How To Get 99 Stats For Your Personas | Max Stats Guide