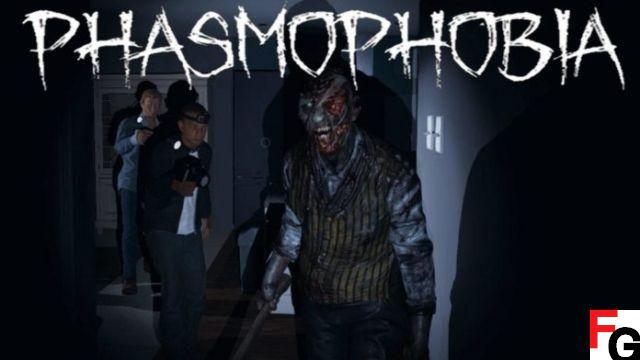 0.4.1.0 update has arrived for Phasmophobia, and here is the full list of changes and fixes added with this patch. Phasmophobia has received many updates over the past couple of months. Some of the updates have brought changes to the graphics, items, mechanics and even game features. Besides the many bug fixes and adjustments that have been implemented. This update brings a few small changes, so you shouldn't expect a game-changing tweak from this one. Here's everything new in the Phasmophobia 0.4.1.0 update.

To help combat some very hard-to-identify ghosts, we've added new questions to the Ouija board so you can get a rough idea of ​​your sanity percentage.

This update brought many bug fixes like the previous one, but also brought some changes and additions to the game. Now the Heavy Rain weather effect has new visuals and can pass through the mesh ceiling of cell blocks in the prison. The Ouija board has received several tweaks that punish players much less for making mistakes and asking the board the wrong questions. If you were one of the many players who experienced performance issues with the latest update, we have good news for you. Made some optimizations to new Map Lodge Campsite weather effects, trees and foliage for better performance.

If you missed the latest update, be sure to read our latest article for all the details that came with the 0.4.0 update.

Phasmophobia is available now on PC. For more information on this update, visit their official Steam page. You will find all the details of this update there.