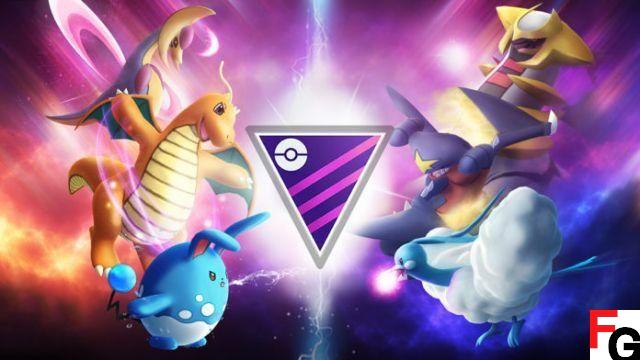 Like Niantic's Pokémon GO cruises through its fifth anniversary celebrations, the fight league is as popular and competitive as ever. But with so many new Pokemon and players new or old, it can be hard to tell who's the best right now. Here, we break down the biggest hitters and scariest switches to face in the Great League 3v3 battle arena so you can build your best team.

Before you begin, it's important to clarify three different Pokemon types to give you the best chance of taking on your fellow trainer. Leaders are the most powerful option to start the battle. You may have to get smart with your shield for these monsters, but the punch they pack is often worth the sacrifice. Next, switchers are the ones you'll turn to when you get passed at the first hurdle and need to disrupt your opponent. Finally, door closers are the safe pair of hands that can suck up the damage shield for free and see their enemy.

With that said, let's get into the Pokemon GO Great League tier list.

If you play Great League a lot, you'll see a lot of these Pokemon. Galarian Stunkfisk in particular is the current bread and butter of the meta, with a hard-to-target Ground/Steel typing and deep defensive stats. With so many other steel types, it's no surprise to see Medicham on many teams, providing a solid and fast counter to Stunkfisk, Registeel, and Bastiodon. Azumarill proves in this meta, as he has so often in the mainline games, to be a formidable foe with a high defense stat and powerful movement options in Ice Beam, Play Rough, or Hydro Pump. If you're looking to hit hard from the start, you'll benefit from including at least one of these heavy hitters on your team.

They may not have made it to the next level, but that doesn't mean they don't have game-changing potential. Registeel is our second highest ranked Legendary, and his handy hitting and monster stats will annoy your opponent to no end. Altaria is, for once, king of the dragons and is a great choice to start strong. Try a few of these A-level mobs on your team and you'll soon be climbing the PvP rankings.

Some of these monsters have fallen slightly out of favor with changes and new meta introductions, but they're still worth trying out on your next team. Umbreon is a surprisingly reliable tank, and if you have one under 1500cp and with Community Day Last Resort's exclusive move, then you're going to really irritate your opponents. Bastiodon is a loyal heavy attacker but has dropped the charts due to saturation of dynamic fighting types. So if you need some filler in your team or there's a particular Pokemon you need to counter, give these Tier B fighters a try.

They might not exactly be your go-to picks for the Great League, but they can help you out in a jam or make a contribution if you're still on the hunt for the perfect Stunkfisk. Scyther is as fast as its speed stat suggests, and when equipped with Aerial Ace, it will be the last thing your unshielded opponent will want to see if they're relying on a Venasaur or Machamp. Finally, Mew is our lowest Legendary, but has access to a large move pool including Volt Switch, Ice Beam, and Focus Blast and is a fun option to surprise your opponent.