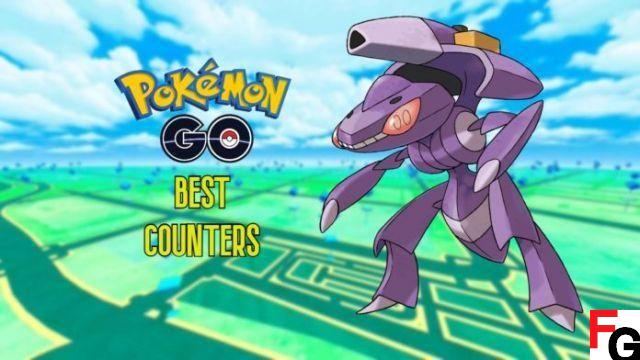 Genesect has returned to raids in Pokémon GO and will be available from October 1-11, 2022, this time in its "Douse Drive" form which allows it to use a Water-type version of Techno Blast. In this guide, we'll cover the best counters to beat Genesect in Pokémon GO, as well as the best moveset to use once you've caught it. Be sure to visit our guide on how to get Zarude, another Mythical Pokémon recently added to Pokémon Go!

Despite being in its "Douse Drive" form, Genesect retains its Bug/Steel type, which makes it 4x weaker at pulling Pokemon, which is also its only weakness. Bring lots of powerful Fire-type attackers to easily melt Genesect in Pokémon GO, such as the counters listed below.

If you're a new player and don't have these Pokemon yet, other top counters include Darmanitan, Blaziken, Entei, Moltres, Emboar et Dracaufeu. Although these are lower in DPS (damage per second), they are still extremely strong picks and will easily knock Genesect down. Some moves listed below are exclusive to certain events, just replace them with another Fire-type move and it will serve the same purpose.

While he is able to learn a Water-type version of Techno Blast in his Douse form, the move isn't worth saving for use in raids. Genesect is one of the few Bug-type Pokémon in Pokémon Go to have good stats, i.e. Genesect is best used as a Bug-type attacker with Fury Cutter as a fast move and X-Scissor as a charged move. Alternatively, Genesect can be used as a Steel-type attacker with Metal Claw as its fast move and Magnet Bomb as its charged move. Since Genesect is 4x weak to Fire, and only Fire, Techno Blast (Water) can be useful as a third move in PvP, however, it is extremely expensive for a Mythical or Legendary Pokemon to learn a third move and Genesect isn't a top pick for PvP either.

Is Genesect good in Pokémon GO?

Genesect is a decent Pokémon in Pokémon GO, but not one you should invest in. Bug-type attackers are rarely needed because most weak Pokémon are also weak to another type with better attackers. Even when bug-types are needed, Scizor beats Genesect by far, being cheaper to invest and easier to get candy, while still being useful in PvP.

Having trouble with the leaders of Team Rocket? Check out our guide to beating Sierra, Arlo, and Cliff in Pokémon GO.