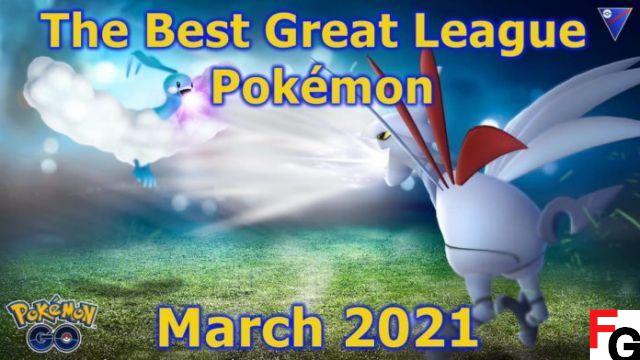 Season 7 of GO Battle League has started in Pokémon GO. As usual, the season kicks off with Great League, giving players a chance to battle lower CP characters. This limit may seem restrictive, but it actually opens up the meta, letting the lesser stars shine while the league is in play. But things are constantly changing in this game, so it's time to break it all down in our Pokémon GO Great League guide. , with the best Pokémon for your team.

The best Pokémon for the big league in March 2022

With Great League, only Pokémon of 1500 CP or less are allowed. The closer your Pokémon is to 1500 CP, the better it will perform against your opponents. So while our list below gauges the top tier Pokémon you can choose from, you should always base it on what you have available. And some of the items below require Candy XL to reach its highest potential, even at such a low CP level. We mark them with (XL) for you.

Otherwise, the goal of creating a Great League team is to focus on the type matches you encounter in the metagame. Our Strong Against field shows which types the Pokémon will resist damage to, but be sure to refer to the type chart to see what their attack will be most effective against.

The best way to build a strong Great League squad is to pick one or two from the list below that you're ready to go, then build around them. Research what they are vulnerable to and find something that contradicts it. With that said, let's dive into the best Pokemon for your Great League team in March 2022.

When does the big league start and end in March 2022?

Which Pokémon can be used in the big league (CP limit)

Like all previous major leagues in Pokémon GO, the March 2022 option is limited to characters with 1500 CP or less. There are no other restrictions though, so Shadow or XL creatures are allowed. It doesn't matter how many Pokédexes, where and how they were captured, or any other consideration, as long as they are 1500 CP or less, they can be used in Great League.

So here's our Pokémon GO Great League guide, including the best Pokémon for your team in March 2022.