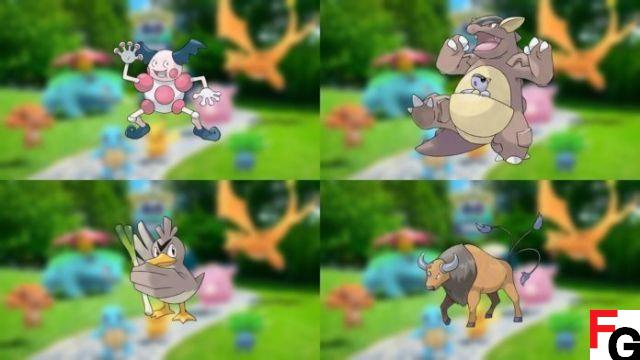 Pokémon GO just held one of the biggest events it's ever held this past weekend with Pokémon GO Tour: Kanto. Although not quite on the level of Pokémon GO Fest, the one-day event was huge with tons of things for players to do. One of the best parts of the event was the ability to catch all of the regional exclusives from Kanto, Mr. Mime, Kangaskhan, Farfetch'd, and Tauros, all over the world for one day. As the event is over, Niantic has decided to give people a chance to get these regional exclusives again for a limited time.

During Pokémon GO Tour: Kanto, you can find any of these four raids all over the world. This extra time with regions is tied to raids, but you'll need to jump through a few hurdles to be successful. Indeed, although these four Pokémon are back in raids, they are only available in raids in the zone in which they normally appear.

The good news is that this means everyone can technically still access these Pokémon through the magic of the Remote Raid Pass. The downside is that you will need to get an invitation from someone in these areas to stand a chance on them. Luckily, there are plenty of online groups and apps for this reason that can help you get invited to raids from around the world.

The same rules apply to these raids, so be sure to check out our guides on how to catch Mr. Mime, Kangaskhan, Farfetch'd, and Tauros for the best counters against each of them.


These regional exclusives will only be available in raids in their natural regions until March 1 at 8 a.m. local time. Take advantage of this rarely seen opportunity in Pokémon GO.