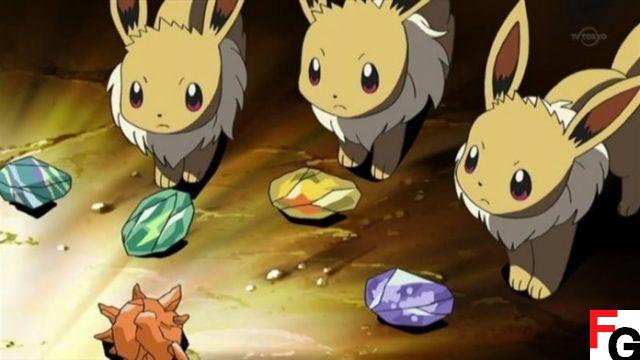 One of the many things that Pokémon GO players will during the community day Eevee try to evolve Eevee in all its evolutions. There will likely be research tasks focused on this, but you'll also want to do this because each of the 8 Eeveelutions, as many players call them, will have their exclusive move if they evolve over the weekend. But if you want to get the right Eeveelution, you need to know how to get it. Here's how to evolve Eevee into all Pokémon GO evolutions.

How to evolve Eevee in all evolutions

There are two main ways to evolve each of Eevee's evolutions. One is a foolproof method, but can only be used once, while the other can often be a bit hit or miss. However, with hard work, new evolutions can be achieved without having to rely on luck and RNG. But let's start with a quick and easy way: using the name trick.

How to evolve Eevee using the name trick

Each Eevee evolution can evolve by renaming an Eevee to a specific name. However, once you've used it, that can't be done, so save it for an Eevee you're sure you want to be whatever your name is from the list below. Once you rename it, just hit the evolve button and you'll get the right evolution. And if it's during Eevee Community Day, you'll end up with the exclusive move listed in this guide.

Again, you can only use each of these names once, so be careful and use them wisely. Once you've used the name, you'll need to use the harder methods below.

How to evolve Eevee in Vaporeon, Jolteon and Flareon

Vaporeon, Jolteon, and Flareon were the three original evolutions of Eevee, and they remain the easiest to obtain, but also the most luck-based. You can get one of these three simply by selecting an Eevee from your Pokémon menu and pressing Evolve, which will use up to 25 Eevee Candy. You won't know which of the three you will get, but it will be one of these three unless you use the methods below to get something else.

How to evolve Eevee into Espeon and Umbreon

We are now entering the Eeveelutions which require a little work, but offer a guaranteed result. Espeon and Umbreon require you to do the same thing first: assign Eevee as a buddy, then walk 10km. Once done, keep it as a friend and decide what you want. If you want Espeon, evolve it during the day, while for Umbreon you'll have to wait until nighttime (usually after 19pm, just check for dark skies in-game).

How to Evolve Eevee into Leafeon and Glaceon

Next, you'll actually need premium items, both of which will be available through Timed Research during Eevee Community Day. To evolve Eevee into Leafeon, you simply need to be within range of a PokéStop with an active Mossy Lure Mod on it. For Glaceon it's the same thing, but with a Glacial Lure module. You'll actually see the silhouette on the evolve button change to match the one you should be receiving, so watch for that.

How to evolve Eevee into Sylveon

Sylveon was introduced with a fairly difficult evolution task, which will be much easier during the Eevee Community Day. Normally, you would assign an Eevee as a buddy and then earn 70 hearts by playing with it, giving it berries, or doing other activities. However, during the Community Day weekend, you will be able to evolve Eevee into Sylveon with only 7 buddy hearts, so try to take advantage of that. You can only earn a certain number of hearts per type each day, so check out the Buddy menu to see what you can do to cook up some Eevee before or during the event.

And here's how to evolve Eevee into all Pokémon GO evolutions, focusing on Eevee Community Day in August 2022.

Pokémon GO – How to evolve Eevee into Sylveon ❯