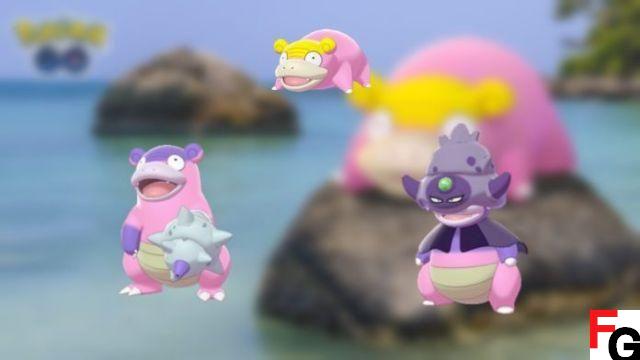 The only evolution available at the start of Galarian Slowpoke will be Galarian Slowbro. Almost all evolutions of Pokémon GO use candies from individual species. That's true here too, but there's another step. Looking at all of your newly captured Galarian Slowpoke, you'll likely see the notice to adventure together to evolve. For this species, that means catching certain types of Pokemon with your buddy.

Galarian Slowking will not be available in Pokémon GO for a while, so currently you cannot evolve Galarian Slowpoke into Galarian Slowking. However, thanks to some exploration of the code by the community, it seems that we already know the requirement of the adventure together. If you want to evolve to Slowking rather than Slowbro, you'll only have to catch 30 Psychic-type Pokemon instead of Dark-type. Everything else above applies, including making Galarian Slowpoke your buddy before catching the Psychic-type Pokemon. However, you'll have to wait until Galarian Slowking is officially added to the game, or you'll just be wasting your time. The game won't keep track until they're actually added, so be patient for now and be prepared when they're introduced.

add a comment of Pokémon GO – How to Evolve Galarian Slowpoke