Pokèmon GO - How to Get Shiny Rayquaza During Raid Weekend 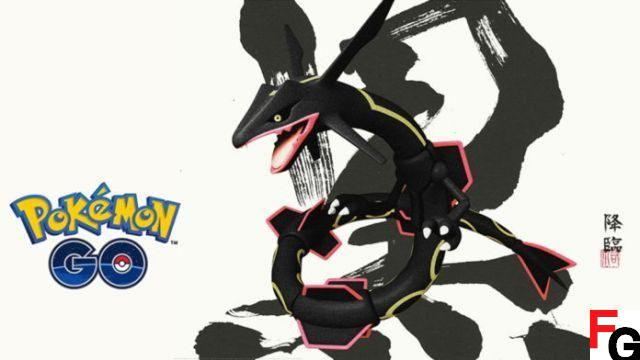 Weather Week brought a particular surprise to Pokèmon GO players in the form of another chance to get Shiny Rayquaza in March 2022. The special Rayquaza Raid Weekend kicks off soon. Of course, simply catching this mighty legendary character is reward enough. But with such a cool design, many gamers only want rarer color variants. To help you out, here are some tips and tricks on how to get Shiny Rayquaza during the Raid Weekend event in Pokèmon GO.

How to get Shiny Rayquaza in Pokémon GO

Although there is no official announcement yet, it looks like Shiny Rayquaza will be part of the special raid weekend event. It could take different forms, but we think it will just be catchable in normal raids, so our advice is focused on that. If anything changes, like the launch of a new Timed Research quest, we'll update this guide, so check back for more information as the event unfolds.

With Shiny Rayquaza as a potential reward from raids, the real answer to getting Shiny Rayquaza is simply to raid as many as possible during the event. We've got all the details, including how long you'll have and the best counters to use in your raids here. With this information, you should be able to deal with a bunch of raids, which might be necessary if the bright odds aren't in your favor.

One in twenty Rayquaza is the expected shine rate for most Pokémon GO players. Make sure to max out your free Daily Raid Pass by not using it on Fridays. Then you can use it on a Saturday, spin a gym stop to pick it up, and try again. After that, it looks like you need to burn through your premium battle passes, but maybe Niantic has another surprise ready.

With two days to do as many raids as possible, you shouldn't need to coordinate a large group or anything. Instead, we recommend having friends on standby and sharing any information on where Rayquaza raids might spawn. Remote Raid Passes let you join the form anywhere, so find a good community via Reddit or Discord and you should have all the Raids you'll need to get Shiny Rayquaza. There are also various raid apps that allow you to host or join remotely, so search for them in the store and give them a try.


Do as many raids as you can and after a few you should be lucky. And these are our tips and tricks on how to get Shiny Rayquaza in Raid Weekend in Pokèmon GO.

Pokémon GO: How to get Zarude ❯