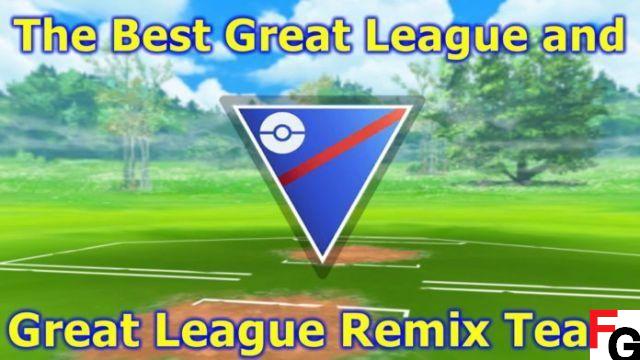 To form the best Great League team in Pokémon GO, you just need to find a set of three from the list below that work well together. You can use the Resistance Counter and Weak fields to find complementary Pokemon for your Great League team. What usually works best is picking one or two of your favorites and then finding a Pokemon that covers their weakness or offers a unique strength. All of those listed below are big league contenders, so you can't go wrong unless someone finds and exploits an obvious weakness.

Some of the best Pokémon in the Great League will require you to use Candy XL to power them closer to the 1500 CP cap. We rate those with (XL) which means they probably won't be good on your team unless you feed them.

Best IVs for the Great League

So those are all the best Pokemon for your Great League team, but what should their IVs be? Each case is a little different, but the general rule is to look for a low attack with high defense and HP. Attack takes CP value more into account, so with a low value you can increase the power level of Pokemon, giving them better stats overall. And your goal with any of them is to get as close to 1500 CP as possible.

So that's all you need to know to build the best team in the Great League, but what about Great League Remix? This limits your choices, eliminating the most used Pokémon from previous seasons. Let's start by explaining which ones are excluded.

Which Pokemon Are Banned From Great League Remix

So with those out of the running, here's an updated list of the best Pokemon for your Great League Remix team. This is more than just removing them from controversy, as removing them also changes the meta among players.