Pokemon Sword and Shield – How to Get Gigantamax Lezargus 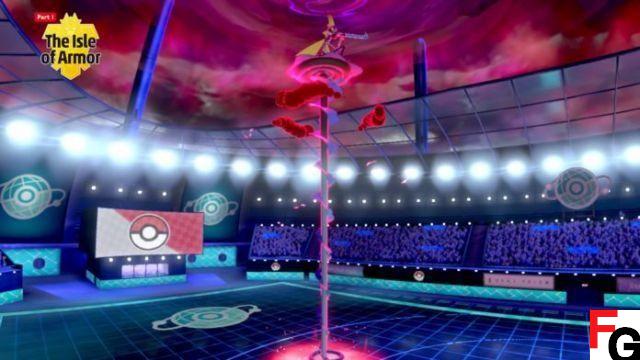 Each new generation of Pokemon presented us with three new starter Pokemon to choose from, each with two further evolutions to achieve, Pokemon Sword and Shield bringing us Larméléon, Flambino and Ouistempo. Larmeleon is the Water-type Pokémon of the group and eventually reaches its final evolution of Lézargus. However, that changes with the introduction of Gigantamax Lezargus and this guide will tell you how you can achieve this new level of evolution for the Water-type starter.

How to get Gigantamax Lezargus

For those new to Larméléon, you'll get the intermediate evolution Arrozard at level 16 before eventually progressing to Lézargus at level 35. When Pokemon Sword and Shield was first released, this was Larméléon's last evolution, with a pretty strong one thanks to moves like Snipe Shot. Just like the other two starters, Lézargus is also getting a Gigantamax version in the near future.

Rather than expanding Lezargus in size, Gigantamax Lezargus instead places Lezargus on a tower that he can snipe his opponents from. It's an interesting version of the Pokemon and a good choice for its Gigantamax form.

Those looking to get Gigantamax Lézargus will have to wait a bit, as it is currently not available in-game. Instead, it will come to Pokemon Sword and Shield as part of the recently announced Expansion Pass, specifically in the first part titled Isle of Armor.

The Isle of Armor is scheduled to arrive in June, so we can expect to have access to the Gigantamax form for Lezargus at that time. What we don't know is if this will be exclusive to those who purchase the Expansion Pass or if it will become available alongside a free update. This is something we'll have to watch out for, but know that Gigantamax Lezargus will arrive alongside the Isle of Armor expansion for Pokemon Sword and Shield in June.

Pokémon Sword and Shield – How to Get Gigantamax Pyrobut ❯