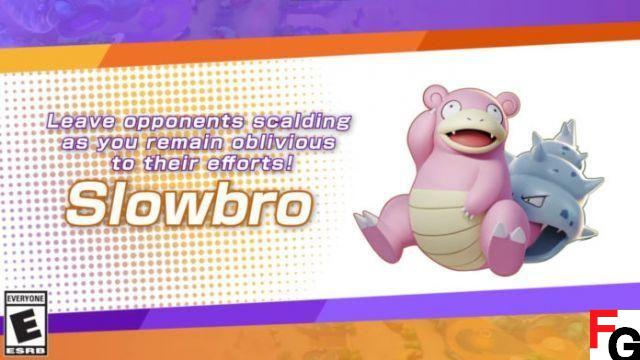 Pokémon UNITE has all kinds of fast and energetic Pokémon, but Slowbro is not one of them. The literal definition of a slow guy, as he even has the word “slow” in his name, Slowbro is all about taking things at his own pace, one step at a time. Being a defender isn't so bad, as its role isn't to score points or win enemy Pokemon, but rather to protect teammates and support them with plenty of CC moves in a fight.

Best Setup and Build for Slowbro in Pokémon UNITE

Understanding Slowbro's moves is the key to victory. It's a Pokemon that focuses on controlling the flow of battle, with every move in its arsenal causing a kind of CC, which is slow, knocked down, you name it. Compared to Snorlax, Slowbro can't take as much punishment, but makes up for it with the multitude of negative ailments it can cause, to hamper enemy Pokemon.

Being slow as a snail, Slowbro is not a beginner-friendly Pokémon because more often than not, you'll need to know where to go, when, and how to manage your moves. Keeping that water gun for the time needed to save a teammate can prove crucial in the long run. Therefore, Slowbro is a strategic character and it is advisable to play with various Pokémon beforehand, so that you know how to deal with them when you actually use Slowbro. The items we picked for this build further bolster his natural encumbrance, and alongside the various status effects he can cause, Slowbro is a solid ally on any team.