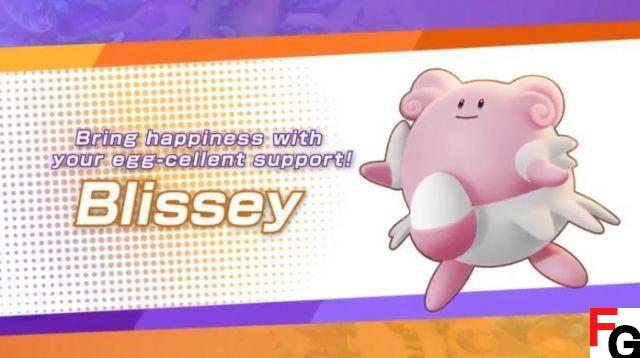 Blissey is the newest Pokémon to enter the fray in Unite, but with a much less offensive approach. The main Eldegoss may have an alternate Pokemon that will fill multiple roles. She excels in stamina and support, while having mediocre attack, mobility, and scoring stats.

Best build to use Blissey as a support tank

Blissey is definitely going to take a lot more heat than an Eldegoss because she is a melee type. She also shouldn't be the one that deals a lot of damage, so she'll be on the front line maintaining others' DPS and in this build, increasing it.

After some testing she is relatively up to par and in some cases not up to Eldegoss. Blissey can pull a few tricks up her sleeve that can help turn the tide of the battle. Due to her above average stamina stat, she can take a few more hits while her allies wither the competition. She can decently sustain herself if she finds herself in a risky situation with the following setup.

Pokémon Unite is available now on Nintendo Switch with an upcoming release for mobile phones in September 2022. For more Pokémon Unite guides like builds and patch notes, click here.

Pokémon Unite: How to play on PC ❯