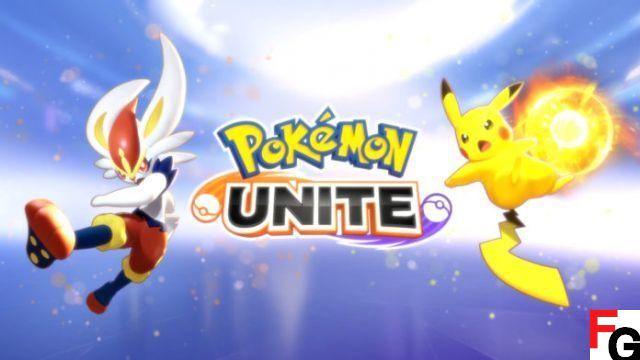 Since the early stages of Pokémon UNITE and its beta period, players around the world have been able to get a rough idea of ​​what a first Tier List for this game should look like, at least for its first meta. The game's roster is still small enough to easily understand each Pokémon's strengths and weaknesses, but large enough to have as much variety as needed for enjoyable play sessions and plenty of theory. That's what we've done as well, and now we're able to give you some visibility into the Pokémon UNITE starter tier list.

We categorize all currently available Pokémon into four different ranks, with S being the highest and C the lowest. As the roster expands, things and ranks are more than likely to change significantly, and we'll update everything accordingly. For now, here's the spot for every Pokemon you can use right now:

Without a doubt, the kings and queens of Pokémon are uniting right now. All three entries here are best for their own respective fields and are solid choices for everyone, bar none. Easy to use, but with results far beyond their simple gameplay. The three Pokemon here, with the exception of Pikachu (sort of), lack any utility other than having high damage and healing numbers, which prevents them from being completely broken.

Tier A Pokémon will be the “core” of virtually every team. You should expect every team to have at least two of these guys here because they might not be as powerful as the S Rank guys, but they offer solid stats, movesets, and overall utility. to the team. you can't go wrong with any Pokemon here, so don't hesitate to invest in them. By the way, and in my opinion, these are also the most fun to use. Fun may not be a competitive factor, but considering how time-consuming MOBA games tend to be for everyone, having fun with the units you use should increase that sense of excitement and motivation. to allow you to play longer.

As much as I'd love to place these entries here higher, especially my beloved four-armed macho dude, it's hard to do. Don't get me wrong, they all do a great job, but it's hard to pick them over any of the Pokemon found in the level above. They're good at what they do, each to their own, but more often than not you won't help your team as much as with any of the previous Pokemon. It won't stop me from maintaining Machamp, so don't be discouraged from using them, especially if you plan to play with friends, who can greatly increase a Pokémon's level because you can plan your end of life in advance. part. You'd be surprised what "lower level" creatures can do.

I feel like this section is going to generate some hate, but what can I do. Unfortunately, and oddly enough for sure, many fan favorites are here in this lower tier, like Charizard, Greninja, and Garchomp. Given that some of the entries here have a large following, you'd think the developers would give them a little "boost" to their overall kit. That's not the case though, and it was obvious from the beta that these Pokemon need some tweaking. Again, like the B and A tier starters, they can do what is needed, but with much more effort and still with worse results than the Pokemon above. Also, Pokemon here like Charizard are great for beginners as they have easy to use playstyles, but that's where they stay. It's hard to find "next level" utility for any of the Pokemon here, because they just feel like they're missing something. Hopefully, in the future, we'll see some balance changes that take them to higher ranks, and who knows, even send them to Legendary Tier S.

Zeraora will be available when the game officially launches, so there's still not enough data to place it anywhere in this tier list.

To summarize, we must mention that none of the Pokémon currently available in Pokémon UNITE are "bad", on the contrary, they are in fact all enjoyable and useful, but some more than others. As the list grows, we'll get a better and clearer picture of everyone's abilities, and for sure some places will change. Until then, choose your poison and enjoy exciting matches with your friends or players around the world.