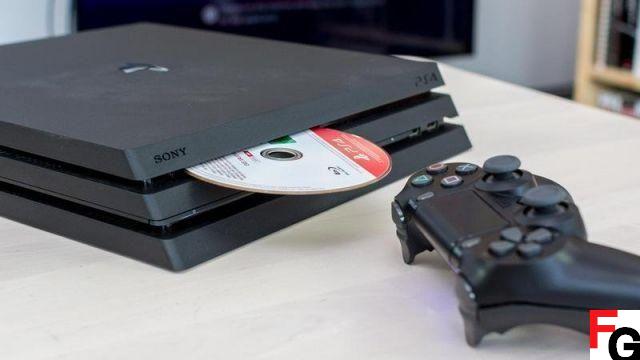 Although the PlayStation 4 doesn't officially support full top-down emulation of PS2 titles, that hasn't stopped hackers from working tirelessly to bring some classics back to jailbroken consoles. The growing list of playable PS2 titles on PS4 passed a milestone today, as stage developers confirmed it had reached 500 fully playable titles.

This news comes from an official update to the PS2 Emulation Wiki page by PS Scene developer Roxanne. To date, over 1000 PS2 games have been tested, of which 500 are fully playable without issue via PS4 jailbreak and the rest are unplayable or buggy. That's an impressive feat if you ask me, and good job to anyone who's tried these games.

So how exactly is PS2 emulation done on the PS4? Well, unlike the PS3, where it was natively supported through the chipset, the emulation on the PS4 is very different and uses similar methods that Sony and other developers have already done. Below is an explanation of this:

“PlayStation 2 emulation on PS4 is handled slightly differently than PS3. Each PS4 game's PS2 package file (.pkg) includes the emulator itself, so there is no emulator included in the PS4 firmware. Although PS4 firmware has some PS2 emulator specific features like sceLncUtilIsPs2Emu, sceShellCoreUtilGetImposeMenuFlagForPs2Emu, sceSystemServiceAddLocalProcessForPs2Emu or sceSystemServiceShowImps2Emu functions. The fact that the emulator is now included in game packs is a bit tricky to provide a compatibility list. As emulators, some fixes are included per title and different configurations by default. Currently, the most used emulators come from Rogue Galaxy and Jak games. The next difference is that the BIOS in the external file is included in .pkg, it's exactly the same BIOS used in ps2_netemu anyway. Another major difference is the lack of an encryption mechanism for the PS2 game disc image file – this time it's just a simple ISO file, but the emulator still supports the LIMG sector. The memory card is also decrypted, but the emulator checks the crc of some of its regions to ensure that the new card is not tampered with. The PS2 emulator supports LUA scripts "Lua Bridge", it is a powerful interface that offers many possibilities to improve compatibility. This is the first time that Sony has to worry about floats in its emulator. This is solved by clamping and/or converting the floats to double precision. The emulator uses openCL for GS, and probably other components. – via PSDevWiki“

Unfortunately, this list of supported games will likely never make it to the PS4, as it's not just native support through the system. In a way, you can see it as the games that are transferred directly to the PS4, although they use an emulator to run, but not natively from the system. This would mean that the developers would have to put in the time themselves and titles would be resold the same way they currently are on the PlayStation Network.


Of course, that doesn't mean Sony can't find a creative way to deliver this themselves, because they know they invented the software. However, it will have to be seen with the PlayStation 5, since at the moment only its compatibility with the PS4 has been confirmed.

Baldur's Gate: Dark Alliance Re-release Is Exactly As You Remember It, For Better Or Worse ❯