Red Dead Online Capitale: how to get it and what it is for 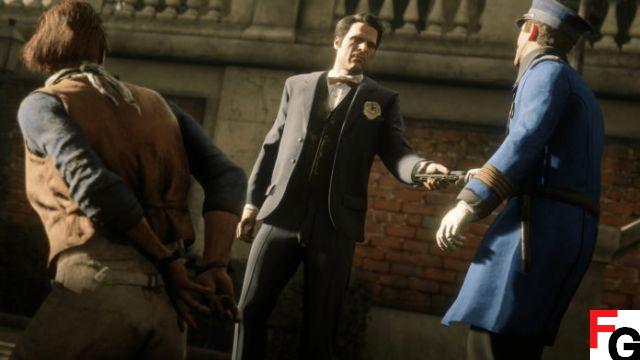 Capital is a new currency added to Red Dead Online in the Blood Money update, and it's required to access some of the new missions and content. Blood Money missions pay silver and gold like other missions, but they also give you the chance to find a hidden capital somewhere. You won't get it automatically. You have to do the research yourself. Here's how to get Capital in Red Dead Online.

How to Get Capital in Red Dead Online

Capital can be found all over Red Dead Online. It can be looted from corpses, found in chests and safes, and obtained from farms. Blood Money missions do not pay Capital directly. They pay cash and gold as usual, but they lead you to places where Capital may be hidden. You can also buy 10 assets for 3 gold bars at a fence. Additionally, the one-fence gun kit contains 10 capital for 5 gold bars as well as a bandana and a bundle containing ammo, consumables, and gun oil. The Quick Draw Club pass also gives capital. Rank 6 gives you 25 Capital and Rank 23 gives you 40. To recap, here's how to get Capital in Red Dead Online:

What is capital used for?

Capital is used to buy opportunities. Opportunities are challenging missions with big payouts. There will be a total of three opportunities in the Blood Money update, but only one of them is available so far: Covington Emerald. A Standard difficulty Opportunity costs 15 Capital, but the price increases to 20 Capital for Hard and 25 Capital for Ruthless.

Capital will be a valuable commodity in the coming weeks in Red Dead Online, so start completing Blood Money missions and save up a stash so you can play Opportunities. More are coming soon, so you'll want to save capital when new content becomes available.

add a comment of Red Dead Online Capitale: how to get it and what it is for