Red Dead Online - How to Get Treasure Maps 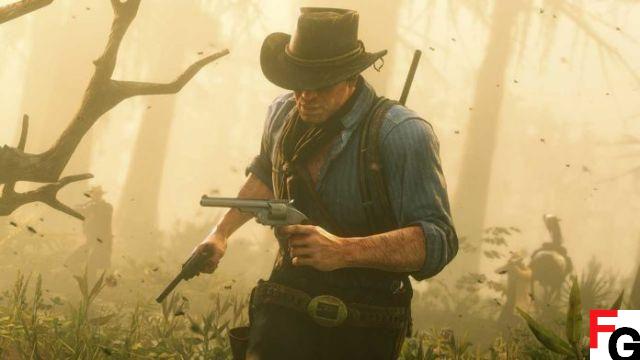 Obtaining treasure maps will get you cash, gold, and other rewards. Since gold can help you tremendously by giving you the ability to take on new roles, purchase new items, and more, treasure maps are one of the most sought-after items in the game. has a few sure shot ways to get treasure maps in Red Dead Online: You can get them by ranking up, completing gang hideouts, and completing levels in the Outlaw Pass.

Get treasure maps for ranking

You will occasionally get treasure maps for ranking. You'll get a card at level 10, then another card every five levels thereafter. Although ranking up is done by completing the widest variety of activities, it can be a little tricky as you level up higher and higher.

Gang hideouts are random events in Red Dead Online. They appear all over the map in the game, but they are not always there. You'll need to be a bit lucky to spawn a Gang Lair, but when it does, you'll likely be rewarded with a Treasure Map for completing it.

Get treasure maps in the Outlaw pass

The Outlaw Pass also has a few treasure maps to get if you complete all of the levels. To get the Outlaw Pass, you'll need to unlock it by spending 40 gold bars.

How to Collect and Use Treasure Maps

Once you have received a treasure map reward, you will need to collect it from the post office or your camp. Then you can access it by finding the map in your satchel. Hold right on the d-pad, then hover over the Documents section. If you have multiple treasure maps, they will be listed here. Select "Use" for the map you want and then it will highlight the area on the map where the treasure is. Once you're in the area, just look for an orange glowing lock box that will have your treasure inside.