Red Dead Online: Is Quick Draw Club Pass #1 Worth It? 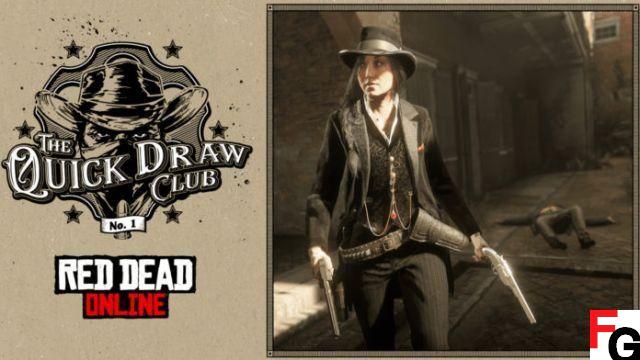 Is the Quick Draw Club Pass worth it?

The Quick Draw Club Pass costs 25 gold bars. You can buy that many gold bars for $10, but you can get 25 gold bars for $5 from the store if you haven't purchased the one-time special yet. You can also earn Gold Bars through normal play, but it will take some time to save enough for the Pass. Luckily, the new Blood Money update doesn't cost any gold bars to play, so you can save your gold for the Quick Draw Club Pass.

If you plan to play Red Dead Online regularly, the Quick Draw Club Pass is well worth it. You can collect all 25 gold bars if you unlock all of the Pass rewards, and there are only 25 tiers instead of the standard 100 of previous Outlaw Passes. Plus, if you buy all four passes, you'll get the next Halloween pass for free later this year. Last year's Halloween Pass offered some pretty cool rewards, and you won't have to spend any extra gold bars that way.

However, if you don't like rewards, you should probably skip the Quick Draw Club Pass. The main draw of the first Pass is the Dutch Van Der Linde outfit and other cosmetics, but if you're not a fan of the Dutch style, you probably won't want to spend your hard-earned bars on it. The Blood Money update brings back some old outlaw pass cosmetics anyway, so you can get a new outfit this way if you don't want Dutch's gear. If you want the free Halloween pass, you will still need to purchase this one as you must purchase all four passes to get the free bonus.

Also keep in mind that this Pass will not last as long as a standard Outlaw Pass. There will be four by Halloween, which means there will likely be one for each month from July to October. Yes, there are only 25 tiers on each Pass, but that's still a lot of work to do if you're not playing all the time. If you plan to play a lot and really want the rewards, then buy the Pass. You can collect all your gold bars anyway, so you won't lose too much if you unlock all the levels.

add a comment of Red Dead Online: Is Quick Draw Club Pass #1 Worth It?