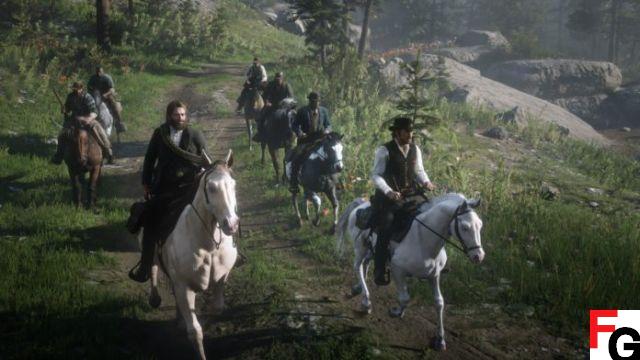 Update 1.29 has arrived for Red Dead Redemption 2, and here is the full list of changes and fixes added with this patch.

Rockstar surprisingly released a new update for Red Dead Redemption 2 today on August 11, 2022. This is an unannounced patch, although the update should be rolling out to all platforms right now.

The game's last update was patch 1.27 in July. This was a huge update for the online portion of the game, as it added the new Blood Money DLC. The DLC included many new missions and other additional content.

Although concise patch notes have yet to be released, Rockstar did mention that a new Call to Arms mode is being added to the game this week. You can read a small description of the new mode below as published on the official site.

“In Call to Arms, you and your allies have been recruited to protect various locations against up to 10 waves of incoming enemies. Lay out and position yourself around the map to help defend Blackwater, Fort Mercer, Valentine, Strawberry, and MacFarlane's Ranch from invasion. "

Another thing added to the game is the Cornwall contract. The details about it are below, as published on the official website.

“The Cornwall Contract is a series of crimes targeting the notorious tycoon, tasking you with causing a distraction in order to infiltrate the heart of Cornwall Kerosene & Tar in the Heartlands to obtain Capital Tickets in the name of Guido Martelli. »

The Red Dead Online News Twitter page also posted something about the new update while playing the game on PS5. They said, “After installing on PS5, on my first launch of the game, I was able to enter camp directly without encountering the 50% charge bug. »


If more specific patch notes are released, we'll be sure to update this article as soon as possible. Red Dead Redemption 2 is out now on PC, PS4, and Xbox One.