Remnant From the Ashes 1.24 Patch Notes 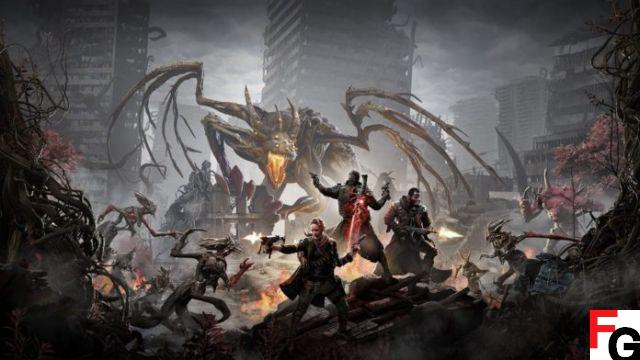 1.24 update arrived for Remnant of the ashes, and here is the full list of changes and fixes added with this patch.

It's been a while since we've seen an impactful update for Remnant from the Ashes, but that doesn't mean the team behind Beloved Souls with Guns has stopped tweaking the game to make it even better. than it already is. This time around we're getting some much requested fixes for many issues present in the game, some general improvements and most importantly the implementation of native resolution without breaking that good 60fps performance, in consoles new generation. Both Xbox versions get this treatment, alongside the PlayStation 5. While we don't see any new content added, Remnant from the Ashes has enough for even its most hardcore gamers. Also, as the team claimed a while back, their latest expansion was also the latest added content that we are going to see for their valuable IP. That said, he's still active enough that they can keep supporting him for as long as they can. Below you will find in detail everything that has changed with the 1.24 update.

Remnant From the Ashes 1.24 Patch Notes

Fixed many mesh issues that were causing bullets to get stuck.


Fixed an issue that disabled V-Sync on the latest version.

We've removed the performance mode option from the video settings and instead allow it to run natively at whatever resolution best suits the active display, 1080p or 4k, while maintaining 60FPS.

Ring of the Punisher

Enabled proper interaction with debuffs that weren't triggering the buff

Changed the behavior behind the scenes so that it can receive damage buffs from the "melee" damage type.
Increased buff value.
Updated the description to better represent the new functionality.

Fixed a logic error that prevented it from dealing bonus damage.

Fixed buff behavior so it is removed when removing armor.

Adjusted collision to reduce/prevent pushing enemies out of their root location.

Armor of the Labyrinth / Seal of the Evoker

Fixed an issue that prevented these two items from working together when swapping weapons.

Fixed an issue causing the Warg and Warg Rider to get out of sync.

Remnant of the ashes is available on PlayStation, Xbox and PC. For more information on the game, feel free to check out their official website right here.

add a comment of Remnant From the Ashes 1.24 Patch Notes