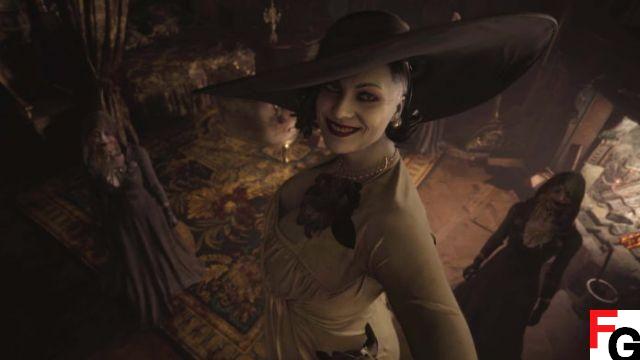 As expected, Lady Dimitrescu is a tough woman and at the end of the first part of the game you will have to face her in battle. This battle makes her different because she is no longer beautiful.

Anyway, at the start of the game, Lady Dimitrescu isn't much of a boss as she's just an annoying character who follows you around the castle. If you get caught by her, she will constantly attack you with her claws and you will die.

To avoid her in her human form, you can just sprint around her and she won't quite catch up to you. Don't waste ammo on her as she is invulnerable at this point in the game.

If you're feeling really chicken, you can head to the castle save point and she won't follow you into that room. Wait a bit and she should be gone.

The only time you face her is at the end of the first part of the game. She will chase you into a tower and she will reveal her true and final form to you.

How to beat Lady Dimitrescu

At this stage of the game, Lady Dimitrescu is no longer a pretty lady. She transforms into an ugly four-legged monster and her human body turns white. What you need to do during this boss fight is constantly shoot his white body parts

During this fight she will keep advancing towards you and there is not much room for you to really avoid her. All I did was walk backward the whole time and just kept aiming and firing the shotgun. The shotgun is the best weapon of choice in my opinion because it does more damage to him than the pistol.

There is also another phase in this fight when she flies away like a chicken. What you want to do here is use the rifle scope to shoot him from afar. She will eventually come back down once she has flown enough.


If there are bats in your way, keep running to avoid them. Keep shooting him with the shotgun and the fight should be over. It's a surprisingly easy fight once you master its combat patterns!

add a comment of Resident Evil Village: How to beat Lady Dimitrescu